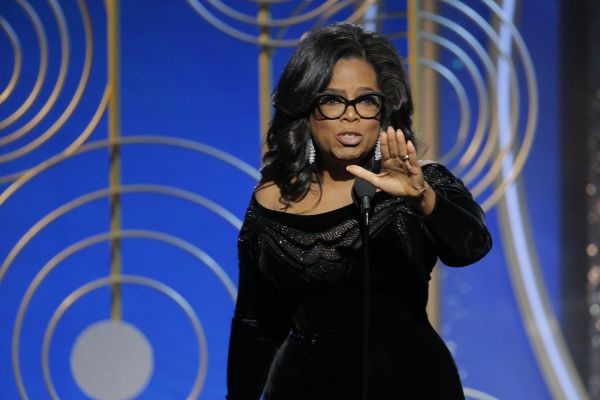 Oprah Winfrey, who earned a spot as one of the 500 richest people in the world in June, only recently Googled herself for the first time. And to her surprise, she actually learned a couple of things about herself.

In a new interview with British Vogue editor-in-chief Edward Enninful, Winfrey recalls looking at her Google search results, shaking her head in disbelief and saying, “I am so impressed with myself,” before bursting out in laughter.

Winfrey’s professional career, which is filled with firsts, started when she was a teenager. She was a top student at school, earning a full scholarship to Texas State University. At age 19, she became one of the first black female news anchors.

After being promoted through different broadcast roles, Winfrey officially debuted “The Oprah Winfrey Show” in 1986, when she was 32 years old. It went on to become the highest-rated talk show in television history and her success with the show earned her her first million dollars. Winfrey’s media empire made her a billionaire before she turned 50.

She kicked off 2018 by becoming the first black woman to win the Cecil B. DeMille Award for lifetime achievement at the Golden Globes. There, her powerful acceptance speech inspired many to call on her to run for president in 2020, though she has said several times that she isn’t interested.

“In that political structure – all the non-truths, the bulls—, the crap, the nastiness, the backhanded backroom stuff that goes on – I feel like I could not exist,” Winfrey tells British Vogue. “I would not be able to do it. It’s not a clean business. It would kill me.”

Just days after the award ceremony, when Southern California was struck with the state’s largest-ever wildfire and her home was affected by disastrous mudslides, Winfrey used her influence to draw attention and help to the state. She also gives back to her community in other ways: She oversees some charities, including the Oprah Winfrey Leadership Academy for Girls and the Oprah Winfrey Foundation, and supports others, including the U.S. Dream Academy and Habitat for Humanity. Winfrey remains one of the top philanthropists of color, according to Inside Philanthropy.

10 Gorgeous Stunt Doubles Who Put The Actors To Shame