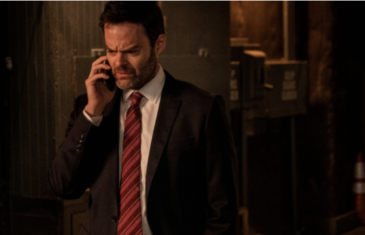 “Barry” has been renewed for Season 4 at HBO, Variety has learned. The news comes after the Emmy-winning dark comedy series has aired just four episodes of its third season. Episodes of the show air on HBO and HBO Max on Sundays. Production on Season 4 will begin in June in Los Angeles, with series star and co-creator Bill […] 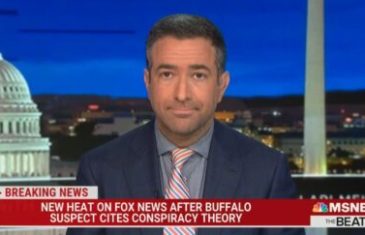 Ari Melber ripped Tucker Carlson on Wednesday night after the Fox News host said he’s “not sure exactly what” great replacement theory is. On Tuesday, Carlson claimed not to know what the theory holds, despite previously airing multiple segments about it. Melber pointed out the conspiracy theory originated in Europe and says elites there are seeking to import immigrants from […] 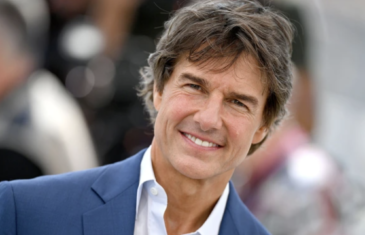 Tom Cruise still goes to the movies — “I put my cap on,” he said — and he wants audiences to keep going, too. Prior to Top Gun: Maverick making its Palais debut at the Cannes Film Festival,  Cruise sat down for what was billed as a “MasterClass Conversation” with French journalist Didier Allouch in the festival’s 1,000-seat Debussy Theatre, […] 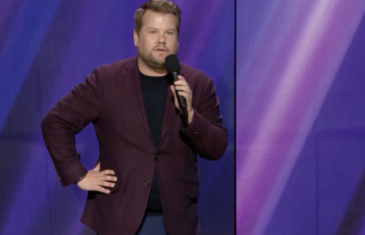 James Corden took to the stage at Carnegie Hall for his final Upfronts as he prepares to exit from The Late Late Show. He kicked off by joking that Paramount ad sales boss Jo Ann Ross promise to keep it to an hour “worked out well” as it overran. “Thank god, this isn’t a place that has to stick by a […] 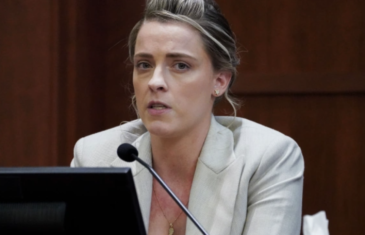 Johnny Depp repeatedly hit Amber Heard in the face during an argument at the couple’s penthouse in March 2015, Heard’s sister told a jury on Wednesday. The sister, Whitney Henriquez, was called to the stand to corroborate Heard’s allegations that Depp repeatedly assaulted her over the course of their four-year relationship. Heard is defending herself from a defamation suit […] 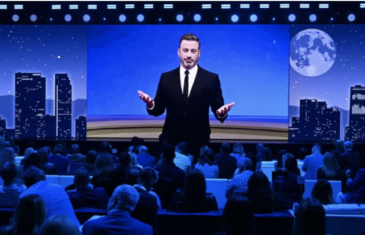 Jimmy Kimmel roasted the broadcast and streaming television landscape at Disney’s annual upfront presentation Tuesday, powering through his monologue despite fighting off a case of COVID-19. Appearing at the event by remote, the late-night host delivered a searing stand-up routine during the company’s event to advertisers in which he mocked the traditional broadcast networks, including ABC, […] 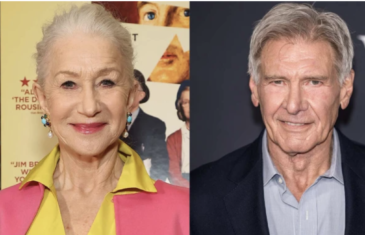 Paramount+ is going big for its Yellowstone prequel series, 1932. Helen Mirren and Harrison Ford have been tapped to star in the Yellowstone origin story from creator Taylor Sheridan. The series will stream exclusively on Paramount+ and debut at a date to be determined in December. Picked up straight to series in February, 1932 introduces a new generation of the Dutton family and will explore the […] 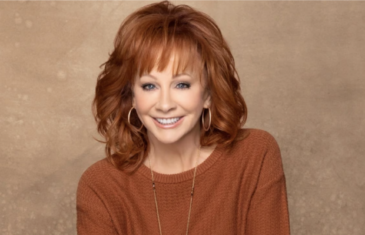 Reba McEntire is returning to ABC. The Grammy winner has joined the cast of the Disney-backed broadcast network drama series Big Sky. The casting marks the singer and actress’ return to ABC, for whom she starred in the short-lived sitcom Malibu Country. McEntire is also well-known for her for former WB Network/CW comedy Reba, which ran for more than 125 episodes […] 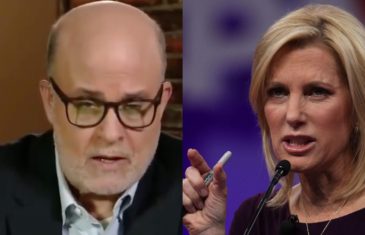 Mark Levin Rips Fellow Fox News Host Laura Ingraham: She ‘Has a Cork Up Her Nose’

Mark Levin took a shot at Laura Ingraham on Friday over her opposition to Mehmet Oz in the U.S. Senate race in Pennsylvania. Levin, who hosts the Fox News talkshow Life, Liberty & Levin on Sundays, said on his radio program he doesn’t understand why Ingraham – whose time slot he substituted for her name – opposes Oz. The segment was flagged […] 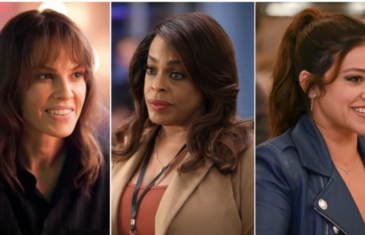 ABC has made its new series orders. The Disney-owned network has picked up Hilary Swank-fronted drama Alaska (fka Alaska Daily News), The Rookie spinoff The Rookie: Feds and comedy Not Dead Yet to series. It comes on a busy day for the network ahead of its Upfront presentation next week; it renewed Big Sky for a third season, A Million Little Things, for a fifth season, and comedies The Conners, for season […] 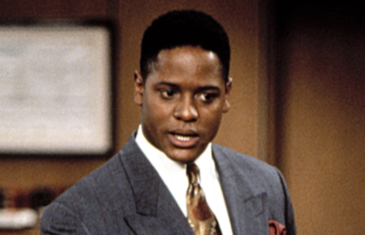 ABC has passed on placing series orders for the “LA Law” sequel and Jo Koy comedy “Josep” after both pilots were reviewed by the network, Variety has learned. The Disney-owned broadcaster is interested in potentially redeveloping the Koy project in the future, but “LA Law” will not be moving forward. On Friday, ABC picked up dramas “Alaska” and […] 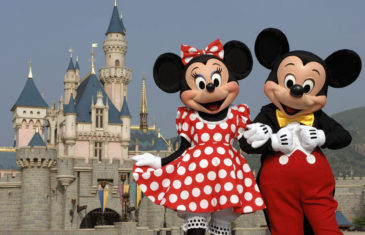 The Walt Disney Company has managed to avoid Netflix’s struggles — and consequences of a culture war waged by Gov. Ron DeSantis (R-FL) and other Republican elected officials — reporting an increase in Disney+ subscribers and doubled revenues for their theme parks division. Netflix saw their stock price tumble after announcing it had lost 200,000 subscribers in the first three months of 2022 […] 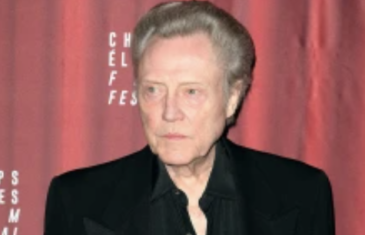 The emperor of the universe has been found. Christopher Walken has nabbed the plum role of Emperor Shaddam IV in Dune: Part Two, the all-star continuation to Denis Villeneuve’s Oscar-winning adaptation of the Frank Herbert science fiction classic. Timothée Chalamet, Zendaya, Rebecca Ferguson and Javier Bardem, among others, are returning for the Legendary feature, with Florence Pugh and Austin Butler among the newcomers. […] 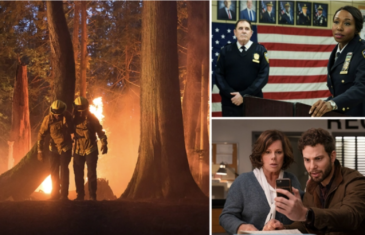 CBS has ordered three new drama shows for the 2022-2023 broadcast season. According to sources, the network has decided not to move forward with any of its four comedy pilots. The network has picked up the police drama “East New York,” the firefighter drama “Fire Country” (formerly known as “Cal Fire”), and legal drama “So Help […] 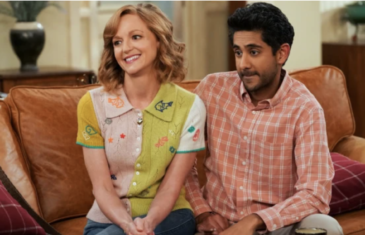 The cancellations have begun at CBS. Chuck Lorre’s sophomore comedy United States of Al has been canceled. The comedy, which hailed from The Big Bang Theory alums Lorre, Da ve Goetsch and Maria Ferrari hailed from Warner Bros. Television, where prolific writer-creator Lorre has been based with an overall deal. Lorre has four shows at CBS, with United States of Al, […] 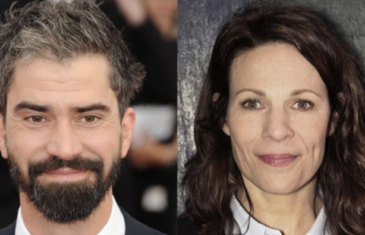 Manhunt — not to be confused with the Discovery/Spectrum Originals anthology series of the same name  — is described as a true crime series that delves into the shocking events and aftermath of Lincoln’s assassination in 1865. It’s based on James Swanson’s book Manhunt: The 12-Day Chase for Lincoln’s Killer. Menzies (The Crown) stars as Edwin Stanton, […] 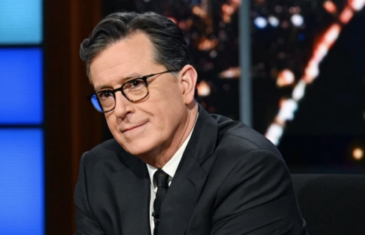 The Late Show is hitting pause again, while host Stephen Colbert deals with what may be a “recurrence” of COVID-19. The official Twitter account for the CBS show tweeted on Monday: “Stephen is experiencing symptoms consistent with a recurrence of COVID. Out of an abundance of caution for his staff, guests, and audience, he will be isolating for a […] 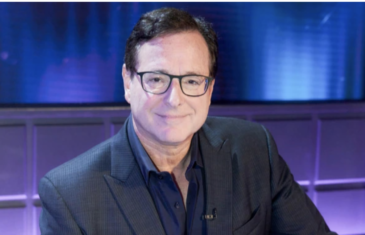 Netflix has announced a June 10 premiere date for A Tribute To Bob Saget, a celebration of the comedian and actor’s life in comedy with his friends and family. The date was unveiled as part of the Netflix Is A Joke festival. The event was filmed at The Comedy Store in West Hollywood following Saget’s January 9 death. […] 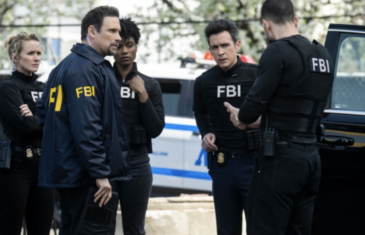 CBS has renewed the “FBI” dramas — “FBI,” “FBI: International” and “FBI: Most Wanted” — for two more seasons each. The Dick Wolf-created “FBI” franchise has been a major source of ratings success for CBS. Their back-to-back airings have made CBS the No. 1 primetime network on Tuesdays, with each show topping its respective time slot. […] 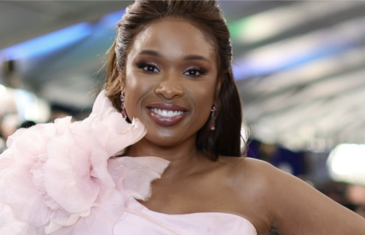 Having previously won an acting Oscar (for Dreamgirls in 2007), two performing Grammys (best musical theater album for The Color Purple, in 2017, and best R&B album for Jennifer Hudson, in 2009) and a Daytime Emmy (as executive producer on the VR animated film Baby Yaga), the Tony would give her the final major awards show trophy she needs to join the elite award-winning Hollywood […] 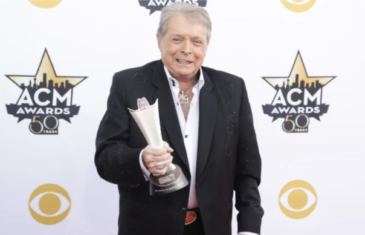 Country star Mickey Gilley, whose namesake Texas honky-tonk inspired the 1980 film Urban Cowboy and a nationwide wave of Western-themed nightspots, has died. He was 86. Gilley died Saturday in Branson, Missouri, where he helped run the Mickey Gilley Grand Shanghai Theatre. He had been performing as recently as last month, but was in failing health over […] 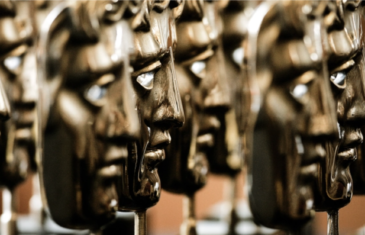 It was a night of surprises at the 2022 BAFTA TV Awards, with some of the top favourites missing out on honors as the ceremony saw statuettes handed to a broad spread of winners. That being said, Killing Eve star Jodie Comer expectedly claimed her second leading actress BAFTA, this time for Help, the Jack Thorne penned drama about the crisis in British […] 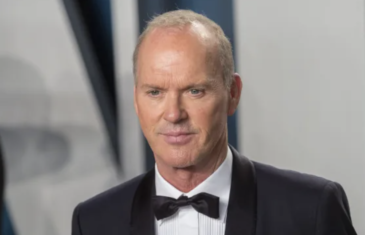 Michael Keaton is set to star in and direct the noir thriller Knox Goes Away, which was written by Gregory Poirier and is being produced by Brookstreet’s Trevor Matthews and Nick Gordon and Sugar23’s Michael Sugar and Ashley Zalta. Carter Stanton will executive produce for Brookstreet and Jillian Kay for Sugar23. The film follows a contract killer who, […] 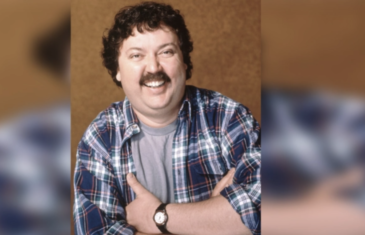 Mike Hagerty, best known for his roles on Somebody Somewhere, as the building super Mr. Treeger on Friends and as the surly owner of a used-clothing store on Seinfeld, has died. His death April 29 was confirmed by Bridget Everett, who plays his daughter on the HBO comedy. No cause was given. “With great sadness, the family of Michael G. Hagerty […] 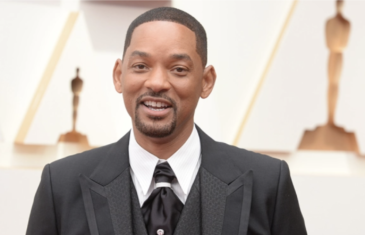 Don’t expect an “Emancipation” for Oscar winner Will Smith in 2022. Originally expected to drop on the fall festival circuit later this year, the actor’s next film from Apple, and co-produced by his production company Westbrook Studios, is planning to delay the film’s release to sometime in 2023. Directed by Antoine Fuqua (“Training Day”), the movie would have […]