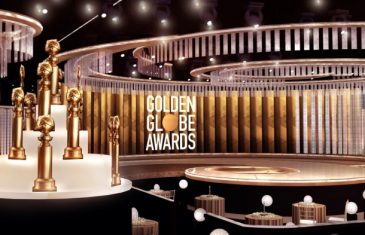 Just hours after NBC and Dick Clark Productions — the broadcast network and producing partner of the Golden Globes — asked the Hollywood Foreign Press Assn. to expel a former president over an email that called Black Lives Matter a “hate movement,” that member is out of the organization. “Effective immediately, Phil Berk is no […] 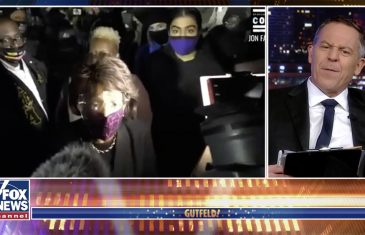 Moments after a Minneapolis jury found Officer Derek Chauvin guilty on three counts in the killing of George Floyd, Fox News late night talk show host Greg Gutfeld drew audible groans for his hot take in reaction. What was it Gutfeld said that elicited an “oh my God” from Dana Perino, “My goodness” from Juan Williams, and polite but stern push back from Judge Jeanine […] 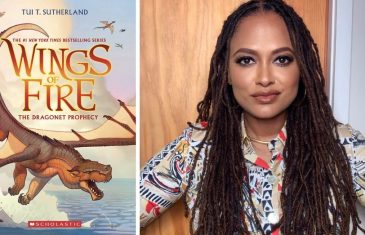 Ava DuVernay’s Array is getting into the animation business. The prolific producer behind Netflix’s Selma, 13th and When They See Us is adding an animated event series based on author Tui T. Sutherland’s best-selling book series Wings of Fire. The series, which will consist of 10, 40-minute episodes, is described as an epic fantasy saga that appeals to the whole family. […] 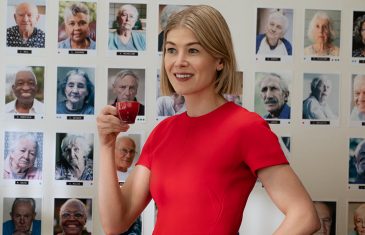 Netflix revealed that it will spend over $17 billion on content this year, according to its first-quarter earnings report. “As we’ve noted previously, the production delays from Covid-19 in 2020 will lead to a 2021 slate that is more heavily second half weighted with a large number of returning franchises,” said the company in its letter […] 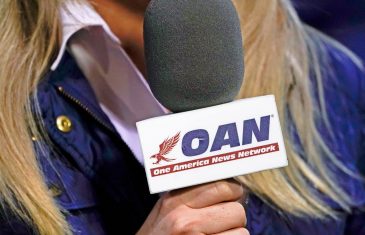 One America News Network fired a producer who recently went on the record to criticize the cable channel’s handling of the 2020 election, according to Rachel C. Abrams, a New York Times reporter who published a story about the network over the weekend. Marty Golingan, who had been a producer with OAN since 2016, told Abrams that […] 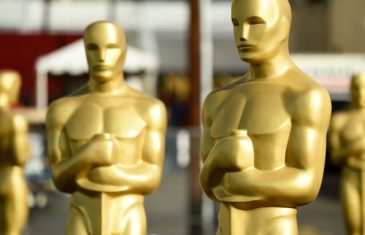 Oscar Attendees Will Not Wear Face Masks During Telecast

The Academy is not asking Oscar attendees to wear face masks while cameras are rolling during the live ceremony on April 25. The news was announced on Monday morning during a Zoom meeting with Academy reps and nominees, and studio and personal publicists. Because the ceremony — being held at Union Station in downtown Los […]

Edgar Ramirez to Star in ‘Florida Man’ Series at Netflix

Netflix has picked up the series “Florida Man” starring Edgar Ramírez, the streamer announced Monday. Described as an hourlong series in the spirit of “Body Heat” and “Out of Sight,” “Florida Man” centers on a struggling ex-cop (Ramírez) who is forced to return to his home state of Florida to find a Philly mobster’s runaway […] 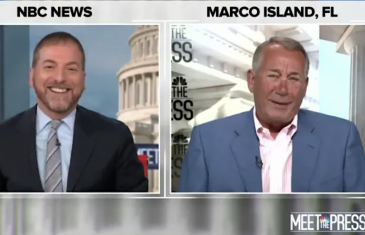 John Boehner’s interview with Chuck Todd on “Meet the Press” Sunday ended with some playful banter – and a curse word or two – when the NBC host asked the former Republican House Speaker whether he would consider running for office again. Boehner, who has been making the media rounds to promote his new memoir […] 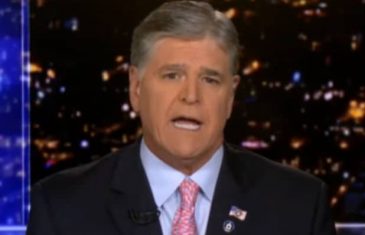 Sean Hannity drew intense criticism Thursday when he described Adam Toledo, the 13-year-old killed March 29 by Chicago police despite being unarmed and with his hands up, as a “13 year old man.” Chicago police released graphic bodycam footage from the shooting on Thursday. The footage firmly proved that despite prosecutor’s claims otherwise, Toledo wasn’t […] 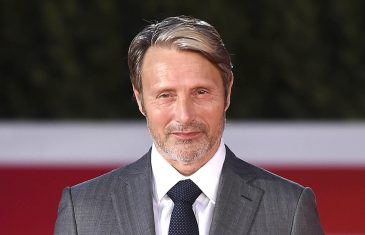 Mads Mikkelsen to Star Alongside Harrison Ford in ‘Indiana Jones 5’

Mads Mikkelsen has been cast in “Indiana Jones 5” and will star opposite Harrison Ford and Phoebe Waller-Bridge in the latest installment of the popular adventure franchise. James Mangold is taking over filmmaking duties from Steven Spielberg, who directed the first four “Indiana Jones” films. Spielberg is still expected to be involved in the making of the film […] 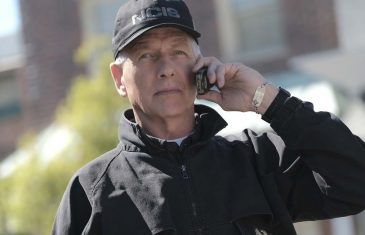 ‘NCIS’ Renewed for Season 19 With Mark Harmon to Return

Leroy Jethro Gibbs will return. After months of will-they-or-won’t-they uncertainty, CBS has decided to renew NCIS for a 19th season. Most crucially, the network also locked down star Mark Harmon to stay aboard the procedural, which continues to rank as TV’s most watched drama series. CBS also renewed Magnum P.I., SWAT, Blue Bloods and Bull for additional seasons on Thursday. In February, sources told The […] 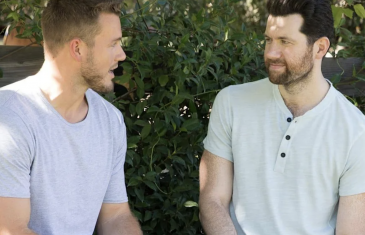 Two years before “Bachelor” lead Colton Underwood came out as gay in an interview on “Good Morning America,” comedian Billy Eichner predicted the reality TV star could be “the first gay Bachelor.” During the first group date in Underwood’s season, Eichner was called in as a celebrity guest to help run “Camp Bachelor.” Eichner and Underwood spoke […] 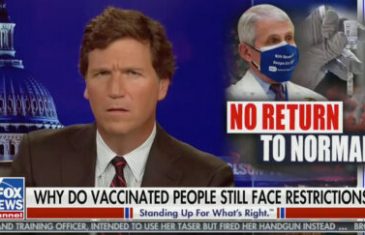 Tucker Carlson was unhappy Wednesday with Dr. Anthony Fauci, after Fauci criticized comments Tucker made the night before in which he appeared to suggest that COVID vaccines aren’t safe and that this information is being concealed by the government. What was weird however is that Carlson responded Wednesday by first denying that he said the […] 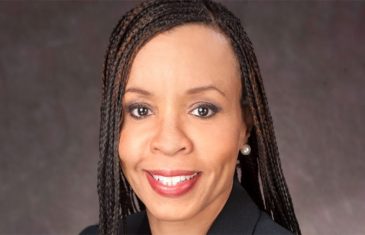 Kimberly Godwin, a veteran of local and national TV-news operations, will be the next president of ABC News  — and the first Black executive to run a broadcast-network news operation. Disney on Wednesday confirmed that Godwin, who has been with CBS News since 2007, will take over the role most recently held by James Goldston. She will now be […] 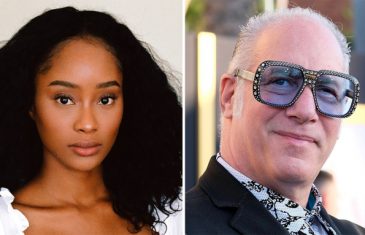 Pepi Sonuga (9-1-1, Thriller) and Andrew Dice Clay (Blue Jasmine, A Star Is Born) are set for recurring roles opposite Lily James, Sebastian Stan and Seth Rogen in Pam & Tommy, Hulu’s limited series based on the true story behind the release of the first ever viral video — the sex tape of Pamela Anderson and Tommy Lee. Nick Offerman […] 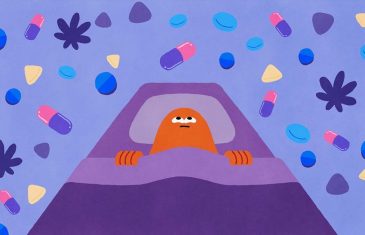 Netflix Show to Teach Subscribers How to Fall Asleep

Netflix’s new docuseries will attempt to teach its subscribers how not to watch Netflix. The streamer has teamed with the popular meditation app Headspace for a show titled Headspace Guide to Sleep (first trailer below). The animated series has seven episodes revealing “the science behind a healthy night’s sleep and provides tips on how to get the best sleep […] 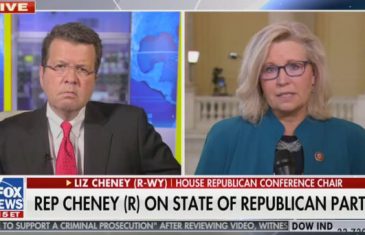 Congresswoman Liz Cheney (R- WY) said Wednesday she would not support Donald Trump if he was the 2024 Republican party nominee. Cheney spoke with Fox News’ Neil Cavuto Wednesday and started by decrying President Joe Biden’s plan to withdraw U.s. forces from Afghanistan. Cavuto also asked Cheney about the direction of the Republican party and Trump’s continued presence as […] 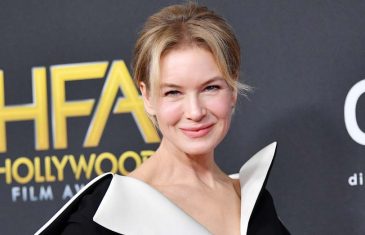 Judy star Renee Zellweger is set to star in The Back Nine, a golf comedy to be directed by Michael Patrick King for Landline Pictures, The Hollywood Reporter has confirmed. Zellweger will play a former golfer who set her clubs aside to make way for her husband’s pro career and to raise her son, only to decide to turn […] 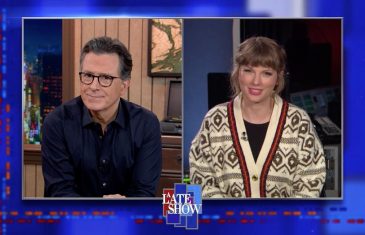 Taylor Swift made an appearance on The Late Show on Tuesday night to set the record straight about who the Stephen is in her song “Hey Stephen” from her Fearless album, which is part of the songbook that is being re-recorded by the singer. Colbert expressed the opinion that the song is about him, and pressed Swift for confirmation. “I recorded […] 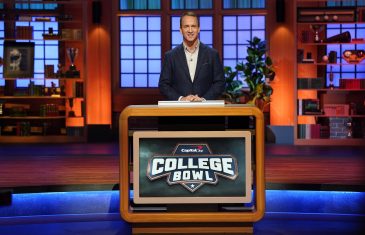 NBC is bringing back gameshow College Bowl with NFL legend Peyton Manning hosting. The Colts star will front the series, which was handed a ten-episode order by the network. Steve Mosko’s Village Roadshow and Universal Television Alternative Studio will produce in association with Mark Itkin’s Tough Lamb Media. The Titan Games exec producer David Friedman will be showrunner. The series, which originally […] 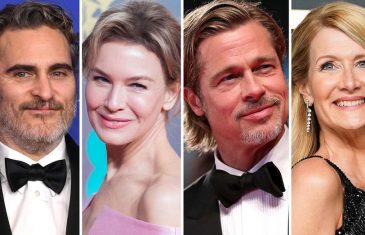 Oscars Presenters Will Include All Four Acting Winners From Last Year

For the third year in a row, it appears, the Oscars will not have a traditional host or hosts. Instead, there will be an “ensemble cast” of presenters, according to the producers of the April 25 ceremony. “In keeping with our awards-show-as-a-movie approach, we’ve assembled a truly stellar cast of stars,” Jesse Collins, Stacey Sher and Steven Soderbergh said in […] 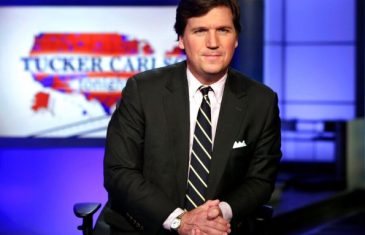 Fox Corp. CEO Lachlan Murdoch responded to the Anti Defamation League’s call for the ouster of Tucker Carlson, concluding that the Fox News host was not advocating for “white replacement theory” in a segment last week. But the ADL’s CEO Jonathan Greenblatt is questioning just how much of a “full review” that the company did of the […] 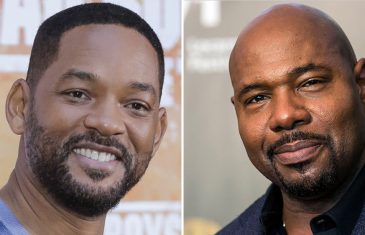 Antoine Fuqua and Will Smith will move production on their big-budget, runaway slave thriller “Emancipation” out of Georgia in protest over the state’s controversial new voting restrictions. The announcement continues the economic fallout from Gov. Brian Kemp and the state legislature’s decision to pass new regulations that critics maintain amount to voter suppression, aimed at reducing the turnout […] 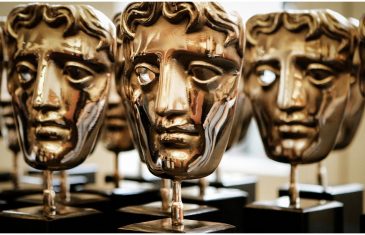 There’s been no shortage of drama leading up to this evening, with BAFTA president Prince William, who was set to appear on both nights of the awards, dropping out following the death of his grandfather, Prince Philip. Saturday’s broadcast of the craft prizes was also delayed by an hour to accommodate schedule changes from the […]