ESPN will relaunch “Sports Reporters” as a stand-alone YouTube program six years after ending the program’s 29-year run on its flagship linear network. The former Sunday morning stalwart’s revival will debut in mid-2023, according to the Sports Business Journal, which first reported the development. It will be hosted by ESPN’s Jeremy Schaap, the son of Dick […] 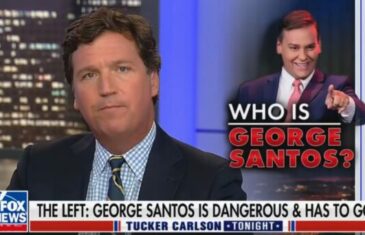 Tucker Carlson utterly ignored the many lies of Rep. George Santos (R-NY) and discussed just two of the freshman congressman’s fabrications, which are fairly frivolous. After being elected to represent New York’s third congressional district in November, the New York Times published a report indicating his life story was largely fraudulent. Santos falsely claimed to have gone to Baruch College on […] 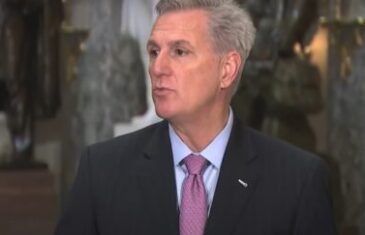 House Speaker Kevin McCarthy broke from the MAGA wing of the Republican Party — and its most popular voices Donald Trump, Tucker Carlson and Marjorie Taylor Greene — by declaring that Jan. 6 rioter Ashli Babbitt was not murdered by a police officer. The comments illustrate the growing divide between those in the Republican Party who see the Jan. 6 riot at the US […] Sylvester Stallone and his family are the latest to join the reality TV world. On Thursday, Paramount+ announced “The Family Stallone,” which will follow the Oscar nominee, wife Jennifer Flavin Stallone and daughters Sophia, Sistine and Scarlet. The eight-part reality series will debut on the streaming service this spring. “After playing some of the most legendary characters in […] 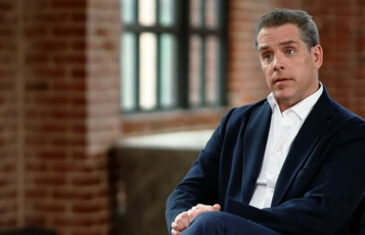 Lawyers for Hunter Biden are demanding Fox News issue corrections about some of its coverage of the president’s son or risk a defamation lawsuit, according to the Washington Post. The attorneys also fired off threatening letters to others, including Steve Bannon and Rudy Giuliani. Biden has been the subject of unyielding coverage in conservative media after he reportedly left his now-infamous […] ‘The Blacklist’ to End With Season 10 at NBC

As it approaches one full decade on the air, “The Blacklist” is coming to a close at NBC. The drama series’ upcoming 10th season, which will include its 200th episode, will be its last. Premiering on Feb. 26, Season 10 sees Raymond Reddington (James Spader) confront unparalleled danger. With Reddington’s covert role as an FBI informant facing […] CBS is adding two famed attorneys to its roster. Matlock, one of television’s most iconic crime dramas, is getting a new life at CBS. The Paramount Global-backed broadcast network has handed out a pilot order for a new take on the former defense attorney formerly played by Andy Griffith. Kathy Bates will take on the role of Madeline Matlock. […] Another daytime fixture, Dr. Phil McGraw, is leaving after more than two decades as one of television’s most popular talk show hosts. His syndicated daytime show, Dr. Phil, will end its run of original episodes with the current 2022-2023 television season, the show’s 21st. McGraw’s decision comes as his most recent contract is coming to an end. Dr. Phil received a […] Cindy Williams, the energetic actress who appeared in a pair of Oscar best picture nominees before starring as the idealistic Shirley Feeney on the beloved ABC sitcom Laverne & Shirley, has died. She was 75. Williams died in Los Angeles on Wednesday after a brief illness, her children, Zak and Emily Hudson, said in a statement […] 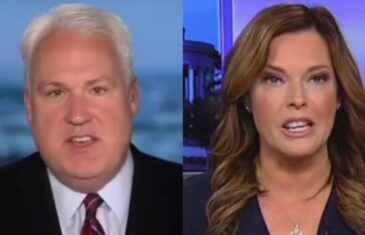 The Daily Beast first reported on Jan. 6 that an unnamed staffer on Herschel Walker’s Senate campaign accused Schlapp of groping his crotch non-consensually while the two shared a car in Atlanta last October. Schlapp, who organizes the influential Conservative Political Action Conference, denied the allegations through his lawyer. The accuser, described by the Times as a longtime Republican political aide, is now […] Showtime to Be Rebranded, Integrated With Paramount+

Showtime will be integrated into Paramount+ later this year, as part of a rebrand that will take place across linear and streaming platforms in a major network shakeup that was long being speculated. The new title will be Paramount+ With Showtime, and will only involve the premium tier of Paramount+ and the Showtime linear network […] Fresh off the surprise box office success of Ticket to Paradise, Amazon Studios has struck a deal for a body-swap comedy starring Julia Roberts and Jennifer Aniston, The Hollywood Reporter has confirmed. Further plot details weren’t revealed. The Amazon Studios movie is based on an original pitch by Palm Springs filmmaker Max Barbakow, who will write and direct. He’ll also produce alongside the two actresses […] Amy Robach and T.J. Holmes, who surprised TV viewers by developing a behind-the-scenes romance while anchoring ABC News’ “GMA3,” are getting a divorce — from the Disney-backed journalism unit. “After several productive conversations with Amy Robach and T.J. Holmes, about different options, we all agreed it’s best for everyone that they move on from ABC News,” the news division […] Meta said it will reinstate Donald Trump’s Facebook and Instagram accounts in the coming weeks — two years after he was suspended from the platforms for violating its rules about inciting violence — with “new guardrails in place to deter repeat offenses.” “The public should be able to hear what their politicians are saying — the good, the bad and […] 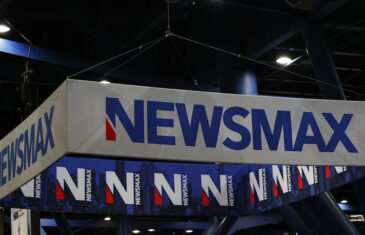 Newsmax was dropped from DirecTV after negotiations stalled between the conservative cable news outlet and the major television provider. “On multiple occasions, we made it clear to Newsmax that we wanted to continue to offer the network, but ultimately Newsmax’s demands for rate increases would have led to significantly higher costs that we would have […] The Madonna biopic set at Universal Pictures has been scrapped, Deadline has confirmed. The studio had no comment on the matter. But the news comes following Madonna’s announcement that she’ll be setting off on a 35-city global tour, referred to as The Celebration Tour, on July 15. She’ll launch it at Vancouver’s Rogers Arena with stops in Detroit, Chicago, New York, Miami, Los […] 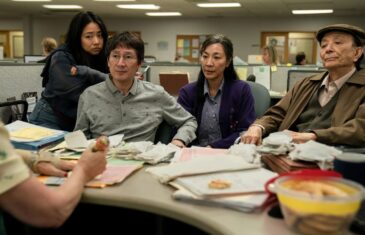 “Everything Everywhere All at Once,” a twisty sci-fi adventure, led the nominations for the 95th Academy Awards on Tuesday morning, picking up 11 nods. It was followed closely behind by “All Quiet on the Western Front,” a World War I epic, and “The Banshees of Inisherin,” a darkly comic look at friendship that unfolds against […] Ben Affleck’s next directorial effort “Air,” about the birth of the Air Jordan brand and the partnership between Nike and a rookie Michael Jordan, has set an April 5 global theatrical release date, before it heads to Prime Video. The film is the first project from Affleck and Matt Damon’s Artists Equity, in collaboration with Amazon Studios, […] The agents of NCIS: Los Angeles are about to work their final cases. The long-running spinoff of NCIS will come to a close in May at the end of its 14th season, the network announced late Friday. The crime drama, which passed the 300-episode mark late in season 13, will air its 322nd episode and series finale on May […] “Justice,” a documentary that delves into sexual assault allegations against Supreme Court Justice Brett Kavanaugh, was secretly in the works for more than a year before it was added as a late-breaking addition to the 2023 Sundance Film Festival lineup. Doug Liman (“Mr. and Mrs. Smith,” “The Bourne Identity”) directed the film, which premiered on Friday at Park […] Taylor Kinney, a fan favorite who plays Kelly Severide on Chicago Fire, is taking a break from the NBC drama. Kinney has starred as the firefighter on the Dick Wolf procedural since its launch in 2012. A source close to the production confirmed to Deadline that Kinney is taking a leave of absence to deal with a personal […] 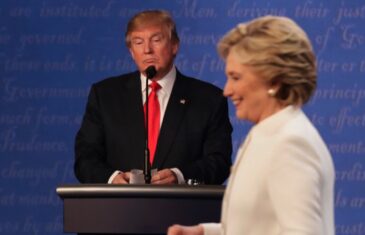 Former President Donald Trump and his legal team received a verbal and financial flogging by a federal judge who presided over his lawsuit against Hillary Clinton and others. On Thursday night, Judge Donald Middlebrooks of the Southern District of Florida whacked Trump and his lawyers with $938,000 in sanctions for bringing what he called a “completely frivolous” suit to his court. Trump sued Clinton in […] Singer-songwriter-guitarist David Crosby, a founding member of two popular and enormously influential ’60s rock units, the Byrds and Crosby, Stills & Nash (later Crosby, Stills, Nash & Young), has died. He was 81 years old. His wife released a statement to Variety, writing, “It is with great sadness after a long illness, that our beloved David (Croz) […] Alec Baldwin and the armorer on the set of “Rust” will be charged with involuntary manslaughter in the death of cinematographer Halyna Hutchins in October 2021. Baldwin fired the shot that killed Hutchins while preparing to film a scene in the church building of the Bonanza Creek Ranch near Santa Fe, N.M. The armorer, Hannah Gutierrez Reed, […]