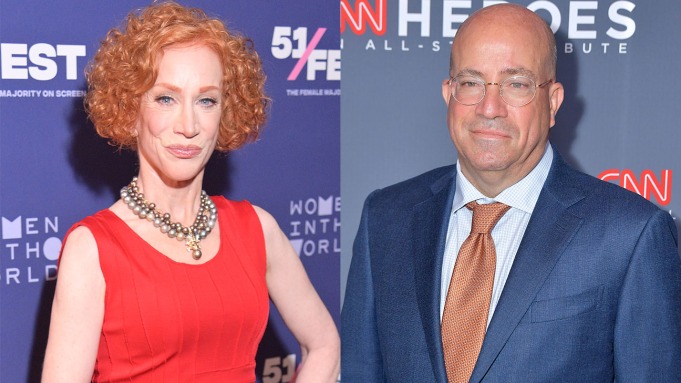 Kathy Griffin says that when she asked for a pay raise ahead of CNN’s 2016 New Year’s Eve show, CNN president Jeff Zucker denied it and then fired her — before eventually rehiring her following a 20 percent cut in her pay.

In a feature published by The New York Times, Griffin opened up about her attempt at pay negotiation, which quickly soured. Ten days before the network’s New Year’s Eve show, which Griffin was then co-hosting with Anderson Cooper, she says she reached out to the president of CNN, expressing that she was “carrying more of the prep work than Cooper.” As a result, she felt she should be paid more than the $80,000 she was then contracted for in 2016.

In response to the ask, Zucker “got very offended” and the conversation devolved into a shouting match.

“He started yelling at me and he literally said something like, ‘Who do you think you are calling here demanding a raise?’ And then something came over me. And I just lost it. I just started screaming. I’m Kathy [beep!] Griffin, Jeff, that’s who I am,” she recalled to the New York Times.

She eventually told him she would “feel a lot more comfortable showing up if I got paid what I deserve,” a statement that Zucker allegedly took as a threat to quit the show. Following their conversation, she says, the CNN president called Griffin’s lawyer and fired her.