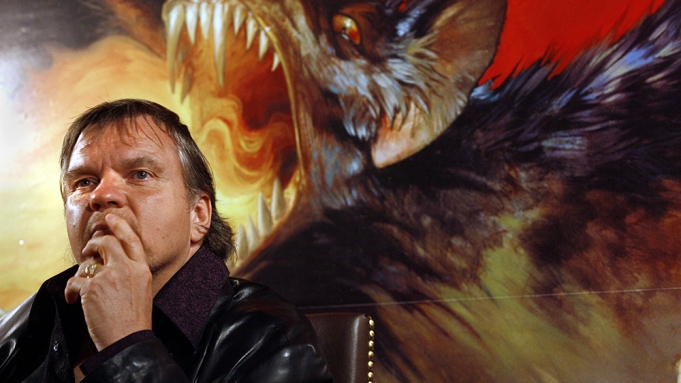 Singer Meat Loaf, whose “Bat Out of Hell” album is among the best-selling and most enduring rock albums of the 1970s, died on Jan. 20 at the age of 74. A consummate performer, he also appeared as an actor in the cult classic “The Rocky Horror Picture Show” as well as “Crazy Alabama,” “Fight Club” and “Wayne’s World,” among dozens more film and television credits.

Meat Loaf, whose real name is Marvin Lee Aday, won a 1994 Grammy Award for best solo rock vocal performance for the song “I’d Do Anything for Love (But I Won’t Do That).”

The only Meat Loaf album to be fully produced as well as written by Steinman was 1993’s “Bat Out of Hell II: Back Into Hell,” a reteaming that became an international smash. The reunion was certified five-time platinum in the U.S. and gave the singer his only No. 1 album in the States and U.K. (where it was on top for 11 weeks) after the original “Bat” album.

Although the original “Bat Out of Hell” songs had been massive and enduring FM rock hits, “I’d Do Anything for Love (But I Won’t Do That)” from “Bat II” became his first and only Billboard Hot 100 chart-topper, as well as his lone U.K. No. 1. While it was a Grammy-winning song that became as much of a signature hit as any of his 1977 classics, the Steinman-penned the also became a popular punchline as comics and civilians alike wondered aloud what “that” could possibly be. (Both the singer and songwriter would claim that the explanation was self-evident in the lyrics, with “forget the way you feel right now,” “forgive myself if we don’t go all the way tonight” and “do it better than I do it with you” among the things the narrator would never do.)

The enduring popularity and virality of “I’d Do Anything for Love (But I Won’t Do That)” is evident in the song having been used as score for most of the Hulu “Pam and Tommy” trailer released two weeks ago.

Aday became Meat Loaf officially in the early 1970s, after moving to Los Angeles from the Dallas area, where he was raised as an only child. His first break came by way of a regional production of the musical “Hair,” which eventually led to a role on the Broadway production. His booming voice and wide frame lent a heft to his performance, a trait that would define the rock star’s sound in the years to come.

He also released an obscure album in 1971 as half of the male/female duo Stoney & Meatloaf that provided little foreshadowing of the ultimate direction he would take working with Steinman.