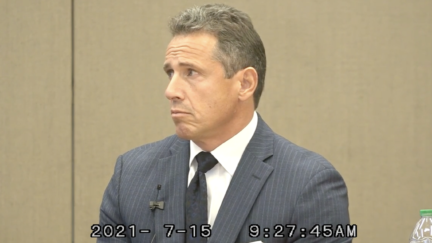 Cuomo sat down for a deposition on July 15, 2021, in which he spoke at length about his interactions with his brother, his brother’s staff, and his role as a journalist during the scandal.

In one exchange, the former CNN personality spoke about reaching out to his brother’s staffers, and was asked if he used them as sources for his reporting, to which he answered, “No.”

Cuomo also admitted during his testimony that his brother asked him to stay “in the loop.”

The Attorney General’s office released the videos six weeks after Cuomo was fired by CNN over ethical concerns about his role as a journalist while acting as a sort of fixer for his brother.