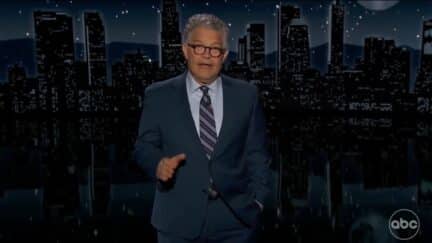 During his monologue, Franken listed a series of “threats” facing the country before getting to one of the graver issues of our time.

Franken’s barb did not go unnoticed by the Texas senator, who tweeted Franken is a “serial groper” in reference to the scandal that ultimately led to his resignation from the Senate in 2018. Oddly, Cruz further claimed Franken was “catcalling” him: