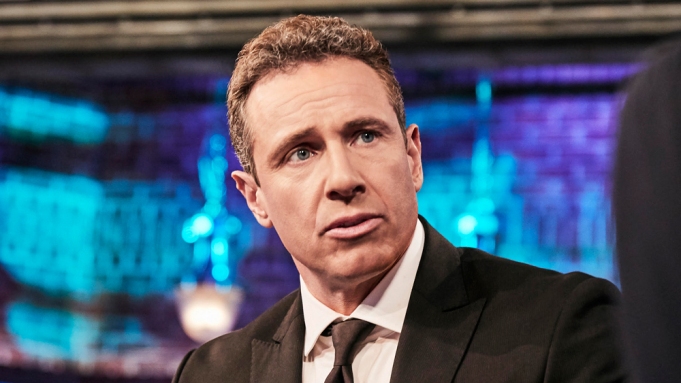 Let’s get after it: Even as CNN puts much of its energy into launching a new streaming-video hub, it’s also trying to figure out how to replace Chris Cuomo in its pivotal 9 p.m. time slot.

Some staffers at the WarnerMedia network believe CNN has been holding the equivalent of on-air tryouts in recent weeks, turning over the 9 p.m. hour to hosts like Michael Smerconish, Laura Coates and Brianna Keilar. Jim Acosta, the former White House reporter turned weekend anchor, takes a turn this week. Both he and Keilar have held forth under the program banner, “Democracy in Peril,” a show that. at least in its early hours, a little like Ted Koppel’s “Nightline.” “We are taking a closer look at the state of our country, the threats to our political system and possible solutions for reversing the divisiveness that is tearing America apart,” said Keilar, indicating CNN wants to continue its recent emphasis on probing the aftermath of the January 6 insurrection of last year.

CNN declined to make executives available for comment. The slot has been open since CNN canceled “Cuomo Prime Time” in late November after the anchor was suspended and then fired for helping his brother, former New York Governor Andrew Cuomo, while he was accused of sexual harassment, leading him to step down from his role. The older Cuomo has denied the claims. One person familiar with the network said executives were examining programming at 9 p.m. “week by week.”

But there’s nothing casual about filling a prime-time cable-news slot, even in these days of intense focus on the possibilities of streaming. CNN has seen its viewership at 9 p.m. erode noticeably since Cuomo departed.  In 2021, “Cuomo Prime Time” and other weeknight 9 p.m. shows fetched an average of 293,000 people between 25 and 54, the audience advertisers want most in news programming. Last week’s 9 p.m. shows, a mix of Keilar and Anderson Cooper, nabbed an average of 147,000, according to Nielsen — representing a drop of 49.8%. Monday’s broadcast under Acosta garnered an average of 103,000.

The 9 o’clock hour has perhaps been the most powerful block for the past few years for cable-news advertisers, with Cuomo, Sean Hannity and Rachel Maddow all holding forth in the period. To be sure, 8 p.m. has long been important, built in the past on the backs of Bill O’Reilly and Keith Olbermann (and more recently, Tucker Carlson, though Madison Avenue’s relationship with his show has been strained.) A robust 9 p.m. hour, however, can push audiences into an evening-long relationship with a particular cable-news lineup, grabbing the 8 o’clock crowd for a little while longer and shoving them toward late-evening options at a time when more viewers are prone to seek out entertainment fare.

CNN has economic incentive to find someone with appeal. “Cuomo Prime Time” generated $47 million in advertising through November of last year, according to Standard Media Index, a tracker of ad spending. Fox News Channel’s “Hannity” captured $54.3 million during that period, while MSNBC’s “The Rachel Maddow Show” secured $45.5 million.