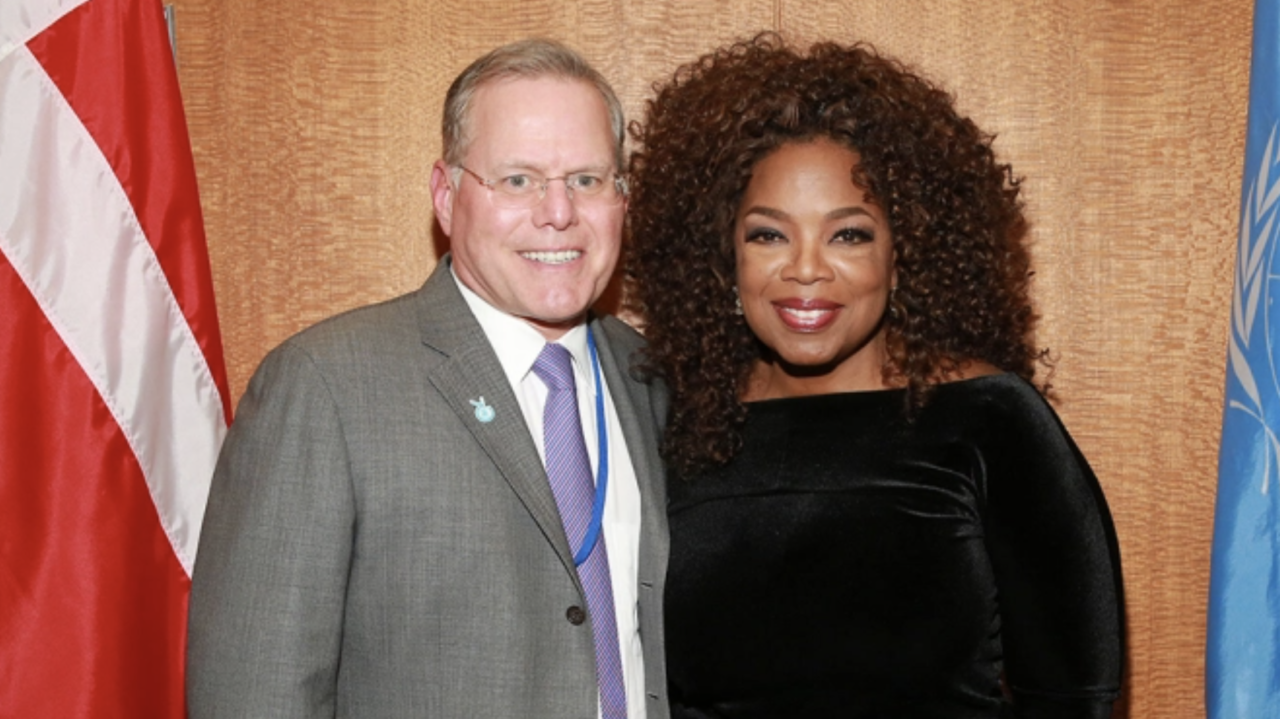 Warner Bros. Discovery CEO David Zaslav brought out the big guns during his address to the new company at its first global town hall for employees Thursday. The newly merged company tapped its most famous employee, Oprah Winfrey, to moderate the event and to help introduce Zaslav to Hollywood. But the get-to-know-you didn’t exactly assuage fears that layoffs and deep staff cuts are on the table, nor did it provide much context about how Zaslav plans to simultaneously transform Warner Bros. Discovery into a dominant streaming player while paying down the mountains of debt it has amassed.

“A year from now the company will look very different,” Zaslav said without offering much in the way of context. “We’ve all been through a lot of disruption… the world is changing. But this is an amazing company.

Winfrey is a longtime supporter of the media mogul, who has championed the Oprah Winfrey Network (OWN) — a cable channel jointly owned by Warner Bros. Discovery and Harpo Studio — alongside her since its launch in 2008. The early days of OWN weren’t easy, but Zaslav helped Winfrey rally the troops and kick the Discovery brand into gear with its landmark Tyler Perry development deal in 2012.

Winfrey acknowledged that the rocky start of OWN, which Discovery took a 95% stake in back in 2020, was a blow coming after “25 years of succeeding,” which made “failing publicly” with OWN an “overwhelming” experience. Winfrey also noted that she had her own connection to the studio where she was (gently) grilling Zaslav. Her first film, “The Color Purple,” was made by Warner Bros., and the company is backing an upcoming musical version of the story, which Winfrey will produce.

Zaslav also evoked Warner Bros.’ nearly a century-long legacy. He grasped Steve Ross’ original padfolio that was gifted to him, telling employees that he plans to keep it on his desk as a way to pay homage to the history of the studio. Ross, a former Time Warner CEO, was a pioneer and innovator in the cable and video business and masterminded a merger between Warner and Time Inc.

Zaslav took employees through the company’s more recent history, a period that included a brief and tumultuous period under the control of AT&T. Zaslav recounted his initial overtures to AT&T, during which he encouraged the telecom giant to spinoff WarnerMedia and merge it with Discovery. When talks briefly stalled, he told Stankey the pair could revisit their discussion in the next six months. To which, Stankey acknowledged that AT&T burdened with debt, required a quicker turnaround. “I don’t think we have six months,” Stankey said. But where some might have seen desperation, Zaslav saw opportunity. Zaslav chalked up the successful marriage of the companies to “karma” and evoked Franklin Delano Roosevelt by noting that the new partners had a “rendezvous with destiny.”

The event was held out at the iconic Warner Bros. lot in Burbank, with employees across the globe — of which WarnerMedia and Discovery each have plenty — attending virtually. Staff in Los Angeles began making their way to the event nearly an hour before things officially started.