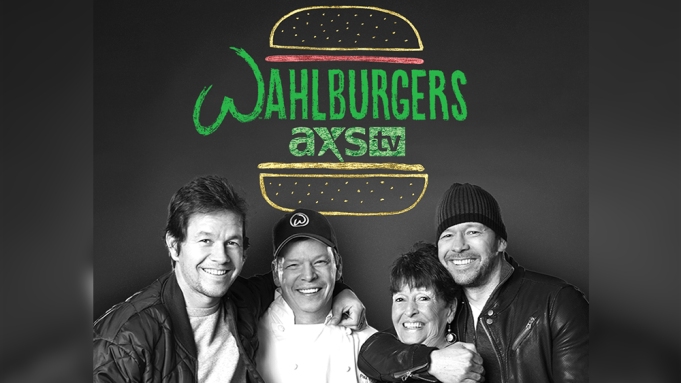 AXS TV has acquired all 10 seasons of Wahlburgers, the Emmy-nominated reality series that aired on A&E from 2014-2019. Starring Paul, Donnie and Mark Wahlberg, Wahlburgers will premiere Sunday, February 27, with episodes airing weekly in a four-hour block, from 7 pm to 11 pm ET.

Wahlburgers takes viewers behind the scenes of one of the country’s most high-profile restaurant chains, as acclaimed chef Paul Wahlberg works to build a burger empire with the help of his own personal entourage led by his talented brothers Mark and Donnie, and their beloved mother Alma. The series provides an intimate glimpse into the inner workings of the Wahlberg clan as they balance busy kitchen life with the pressures of international expansion, menu innovation, and a side of friendly family drama. Despite the trials and tribulations of running a major chain, the Wahlberg boys keep their trademark charm and sincere love for each other intact—proving that the only thing thicker than the burgers is the brothers’ unbreakable bond.

Wahlburgers replaces The Top Ten Revealed and Rock Legends, which have been airing Sunday nights on AXS TV and will wrap their seasons on February 20.

“This series captured an incredible moment for us as a family, and we all had such a great time getting to share our love for this business and each other with the world,” Mark Wahlberg said. “Wahlburgers resonated with so many people during its run, and it is still humbling to see how warmly viewers have embraced all the fun, drama, and craziness that make our dynamic so special. We are proud to have the show join AXS TV’s lineup, and look forward to welcoming their audience into the Wahlburgers family.”