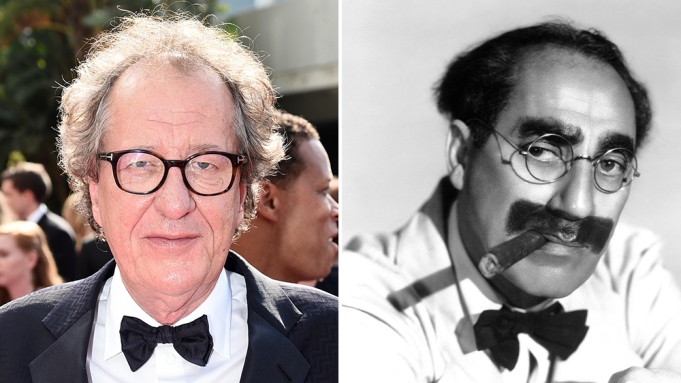 “Raised Eyebrows” is set between 1973-1977 and stars Plummer as Stoliar, who is hired by Erin Fleming (Sienna Miller) to work with an aging and frail Groucho Marx (Rush). Fleming was in charge of Marx’s personal and professional life as his manager, and the two had a controversial relationship.

In addition to writing and directing, Moverman will also produce “Raised Eyebrows” alongside Cold Iron Pictures CEO Miranda Bailey. Moverman most recently served as a producer on Rebecca Hall’s acclaimed directorial debut “Passing.” His directorial efforts include “Rampart,” “The Messenger” and “The Dinner.”

“It’s a pleasure and an honor and a responsibility and probably something else to work with this amazing cast on a story I hope will reintroduce the genius of Groucho Marx in a new, provocative, entertaining way all these years later,” Moverman said in a statement. “Steve Stoliar has given the world incredible insight into a bygone era. Done right, we will screw it up royally.”

Added Bailey, “After many years diligently working to get Steve’s brilliant, true story adapted for the screen, I’m thrilled that we found the perfect ensemble of actors to portray these rich yet complicated characters that Oren will, no doubt, masterfully bring to life. Even in a world that tells us ‘never meet your idols,’ Steve’s friendship with Groucho Marx, while filled with moments of heartbreaking humanity, proved to be an overwhelmingly positive and life-changing experience for him – an essence we hope to capture for our audience.”