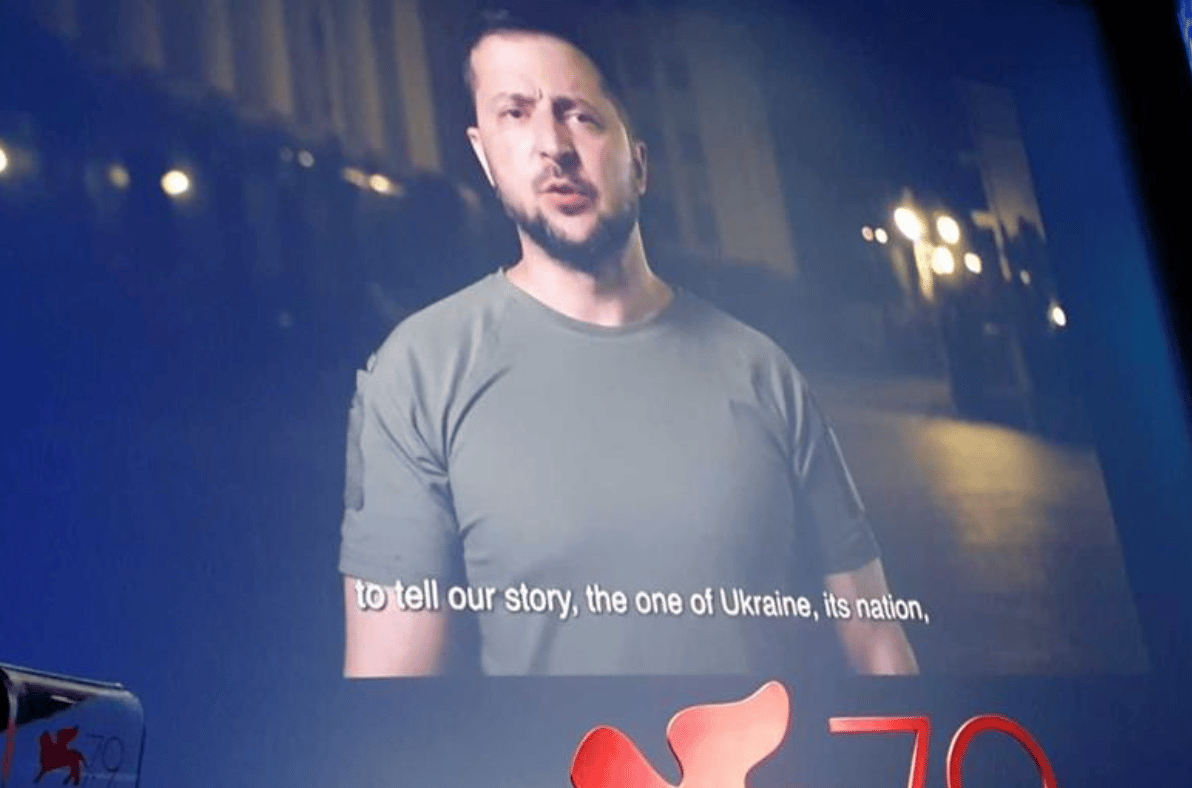 President Volodymyr Zelenskyy of Ukraine made an impassioned speech on Wednesday during the Venice Film Festival’s opening ceremony, pleading for the global film community to rally to the country’s cause as it suffers a a mounting death toll amid fierce fighting with Russia.

“Personalities of culture: directors, producers and actors, screenwriters, cameramen, composers, artistic directors, set designers, critics and many, many more, from many countries in the world, all belonging to the same family of cinema!,” Zelenskyy said in a recorded speech beamed onto the festival’s Sala Grande screen.

“Your opinion is important and your voice counts.”

“The least that you can do – or what you should not do – is don’t be afraid. Don’t turn your back to us. Don’t go beyond. Don’t stay neutral,” the Ukrainian president added.

Zelenskyy went on to point out that he was appealing specifically to the world of film and culture because “For some, power consists only in missiles and nuclear weapons; while for us power resides in philosophy, in a mentality, in reason and in words.”

The Ukrainian president went on to make his plea:

“I would like each country, each nation, each institution, each community in the world to clearly understand what Ukraine is currently going through.”

“We have to talk about this war with the most clear language possible: the language of cinema, the language that you all talk.”