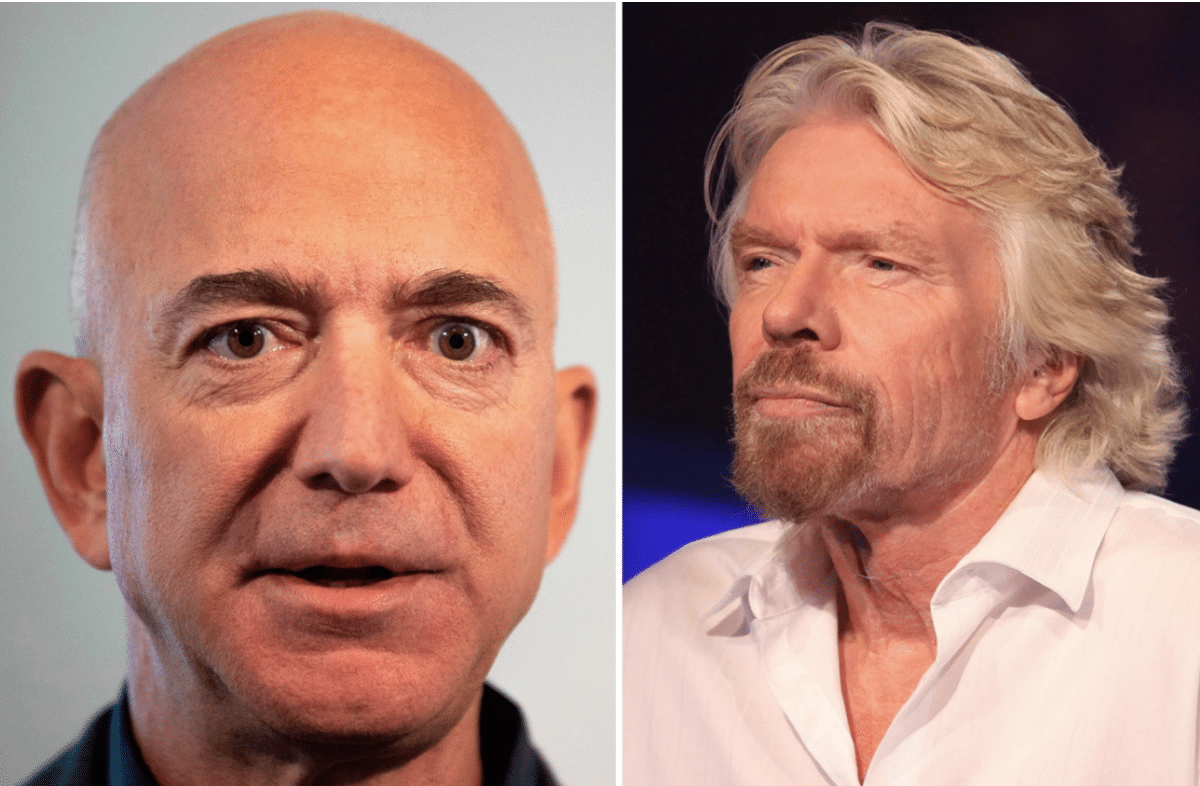 IT could be a battle of the billionaires to see who can launch themselves into space first as Richard Branson could beat Jeff Bezos.

However, according to a report by Doug Messier on the Parabolic Arc website, “Virgin Galactic is working on a plan to send Branson on a suborbital flight aboard the VSS Unity SpaceShipTwo rocket plane over the July 4 holiday weekend.”

If that’s true, Branson would beat Bezos to space by 16 days.

Messier said his source wishes to remain anonymous but the US space journalist has been connected to credible sources in the past.

Branson’s Virgin Galactic space company has neither confirmed nor denied the rumour.

When asked by Ars Technica whether the report was true, Virgin Galactic said: “We are in the process of analyzing the data from our successful May 22nd flight.

“As previously announced, we expect to complete the final test flights this summer through to early fall.

“At this time, we have not determined the date of our next flight.”

Virgin Galactic would need to get an operator’s license from the Federal Aviation Administration (FAA) before it could fly Branson into suborbital space.

Messier’s source said the licence should be received in early July.

That would mean the flight is plausible given other turn around times after tests of the VSS Unity SpaceShipTwo rocket plane.

(Excerpt) Read more in: The Sun