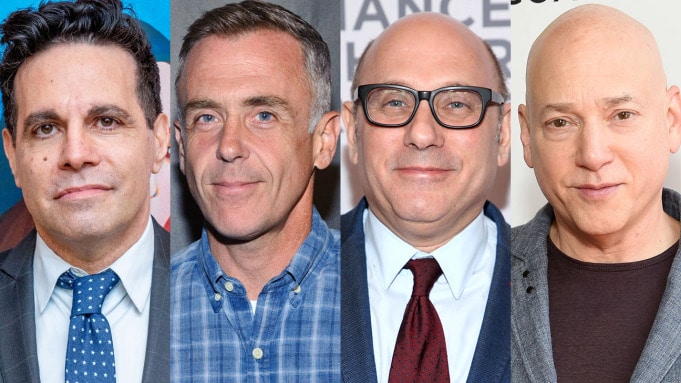 Four of the key men in the lives of Sex and the City‘s main characters are set to return for And Just Like That, a sequel series at HBO Max.

Mario Cantone, David Eigenberg, Willie Garson and Evan Handler will all reprise their roles in the series, which revisits Carrie (Sarah Jessica Parker), Miranda (Cynthia Nixon) and Charlotte (Kristin Davis) as they navigate life and friendship in their 50s. Production is set to begin in the summer in New York.

“Everyone at And Just Like That is thrilled to be able to continue the storylines of these beloved Sex and the City characters with the actors who made them so lovable,” said executive producer Michael Patrick King.

Chris Noth is also set to continue his role as Carrie’s love interest, Mr. Big. Grey’s Anatomy alum Sara Ramírez will also star as Che Diaz, a nonbinary, queer comedian who hosts a podcast where Carrie is a regular guest.

Original series star Kim Cattrall is not involved in And Just Like That, having feuded with Parker in the past. Sex and the City creator Darren Star also isn’t part of the sequel. King served as showrunner on the beloved original and wrote and directed both feature films based on the series.