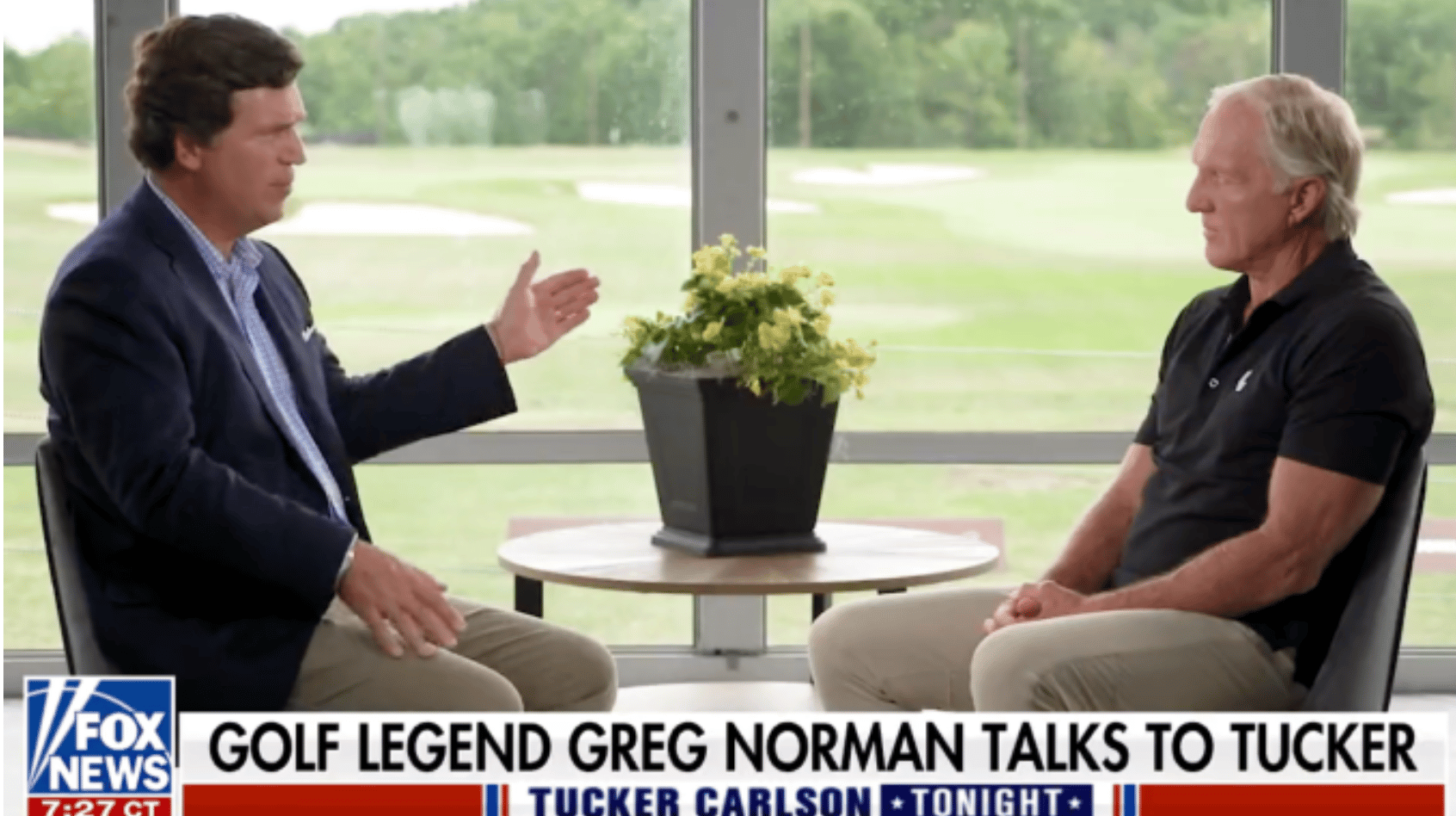 “We’re not taking sides in this,” said Tucker Carlson on his popular Fox News show last night, “but one of the biggest controversies in sports in many years is taking place between the PGA Tour and an upstart tour called LIV.”

Carlson then offered up an interview with LIV tour CEO and golf legend Greg Norman.

“Why is it so offensive to some American golf fans that you’re doing here?” the Tucker Carlson Tonight host asked.

“I don’t know. I really don’t really care, quite honestly. I really just want to grow the game of golf,” replied Norman. “We at LIV see that opportunity not just for the men but for the women. We at LIV see it for NCAA and younger generations. We at LIV see it as a pathway to opportunities for these kids to experience a new world out there. LIV is the future of golf.”

One person who would like to answer to Carlson’s query is Terry Strada, of 9/11 Familes United. CNN’s Oliver Darcy wrote in its Reliable Sources column, “A spokesperson for 9/11 Families United told me that the group reached out to Carlson’s team to see if they would be interested in having a 9/11 family on the program, given Norman’s appearance. But I’m told that Carlson never responded.”

Strada herself responded to Carlson’s sitdown with Norman on Twitter writing, “@TuckerCarlson did you just say re: LIV Golf you’re NOT taking sides? Great to hear, I imagine your producer will be calling me then to come on & talk about 9/11 families side???”