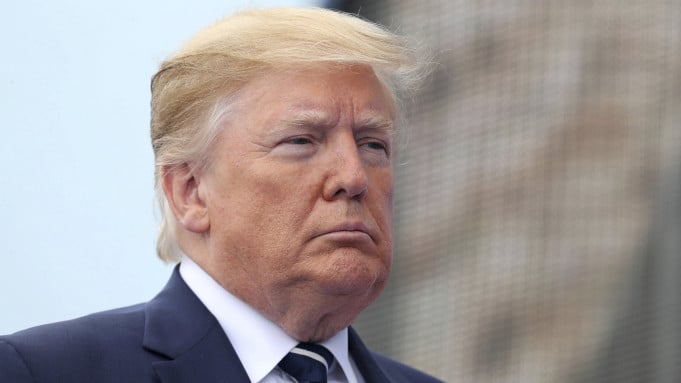 Facebook said Donald Trump’s accounts on the social giant’s platforms will be suspended for a two-year period — until at least January 2023 — and will only be reinstated “if conditions permit.”

The announcement comes after the independent Facebook Oversight Board upheld the company’s suspension of the ex-U.S. president last month — after Trump praised rioters who engaged in violence at the U.S. Capitol on Jan. 6 — but required Facebook to review is decision and policies within six months.

In addition, Facebook will not “treat content posted by politicians any differently from content posted by anyone else” in determining whether its “newsworthiness” outweighs potential harm, VP of global affairs Nick Clegg wrote in a blog post, a change to how it has applied its rules to politicians.

Facebook is “removing the presumption we announced in 2019 that speech from politicians is inherently of public interest,” the company said in a response to the Oversight Board.

On Jan. 7, Facebook indefinitely froze Trump’s Facebook and Instagram accounts with CEO Mark Zuckerberg citing the risk of ongoing violence if the then-president were allowed to remain on the services. Twitter banned Trump permanently on Jan. 8 for the same reasons, and other internet companies have taken similar actions to deplatform him.

Facebook’s two-year sanction against Trump for “severe violations” was deemed to be “long enough to allow a safe period of time after the acts of incitement, to be significant enough to be a deterrent to Mr. Trump and others from committing such severe violations in future, and to be proportionate to the gravity of the violation itself,” Clegg wrote in a blog post Friday.

According to Clegg, “Given the gravity of the circumstances that led to Mr. Trump’s suspension, we believe his actions constituted a severe violation of our rules which merit the highest penalty available under the new enforcement protocols. We are suspending his accounts for two years, effective from the date of the initial suspension on January 7 this year.”

Once the two-year period is up, in January 2023, “we will look to experts to assess whether the risk to public safety has receded” in deciding whether to reinstate Trump’s Facebook and Instagram accounts, Clegg continued. “If we determine that there is still a serious risk to public safety, we will extend the restriction for a set period of time and continue to reevaluate until that risk has receded,” the exec wrote.