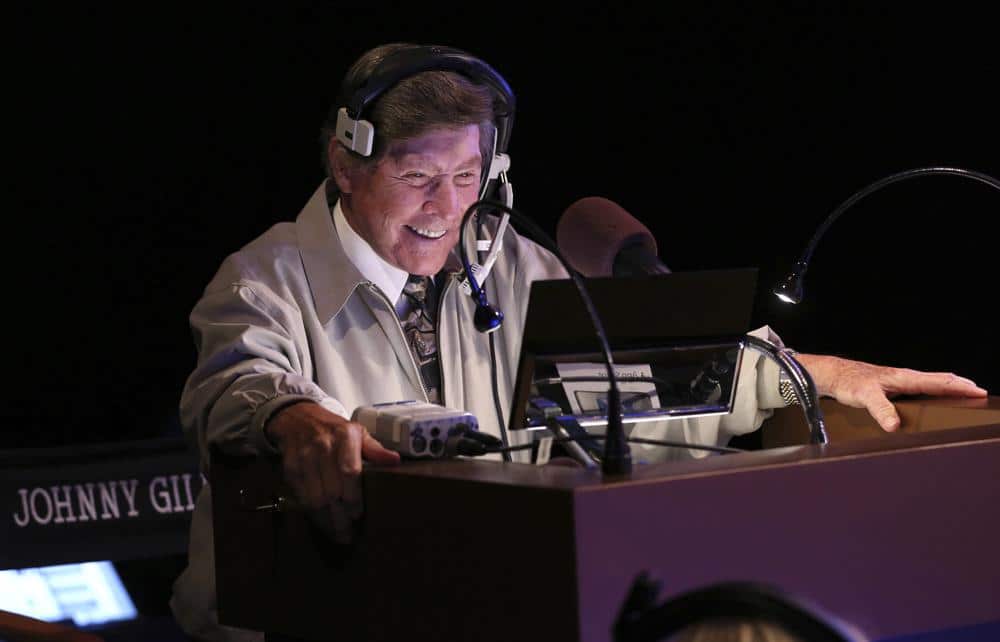 Johnny Gilbert, the voice of “Jeopardy!‘, is opening up about his long tenure on the game show at the age of 92.

Gilbert, who decided to stick with “Jeopardy!” after Alex Trebek’s death, faced the wrenching question once again as production for next season neared.

This time it would mean adjusting to the quiz show’s yet-to-be-named host, as opposed to the succession of celebrities who have been filling in since Trebek succumbed to pancreatic cancer last November.

“It’s not easy for me because I worked with Alex for 37 years, and I never thought of anybody replacing him,” he said. “Nobody can do it like he did it, you know.”

No one does it like Gilbert either, who at age 92 has decided he’s not ready to call it quits on the show business career he began pursuing as a teenager.

Last year, when he was reluctant to continue after losing his admired and longtime colleague, others with the show urged Gilbert to consider his role as a comforting touchstone for viewers who also were in mourning for Trebek.

“If you just listen to the way Johnny articulates each name, each word, he has a voice and even more importantly, delivery, unlike anyone else,” said Mike Richards, the show’s executive producer. Without Trebek, “the fact we can still rely on Johnny is obviously very important to us as well.”

“This is ‘Jeopardy!’” is Gilbert’s richly booming introduction that opens each episode and belies his years. In turn, he’s acknowledged with thanks from the host and, occasionally, has been shown at an otherwise off-camera stage perch.

During the pandemic, he’s been taping his contributions remotely from the Los Angeles-area home he shares with his wife, Sheree Gilbert. They’ve been together for several more years than his “Jeopardy!” stint, the sort of marital and career longevity that’s rare in Hollywood.