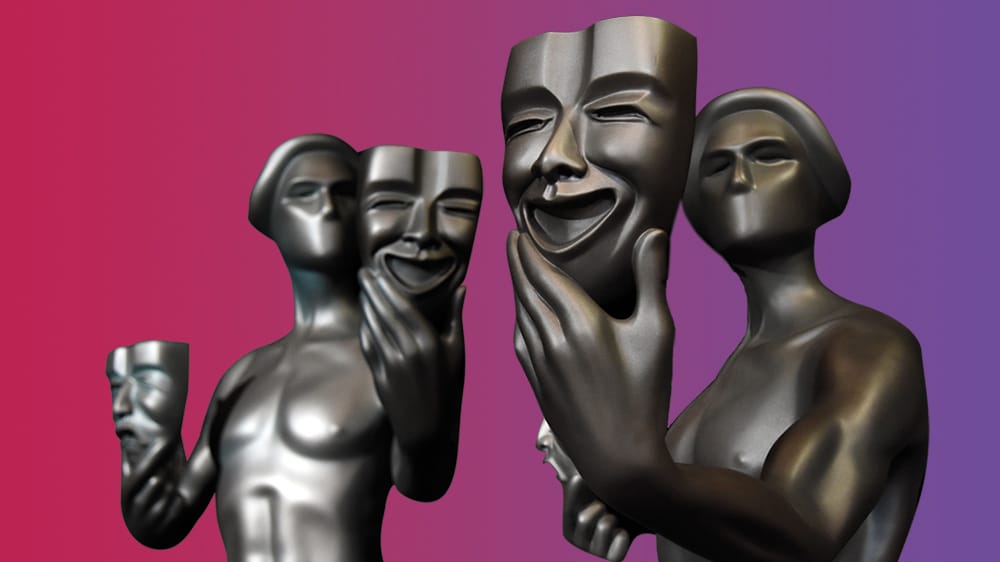 he Trial of the Chicago 7, The Crown and Schitt’s Creek were among the big winners at the 2021 SAG Awards, which aired Sunday as as a one-hour, pre-taped virtual ceremony on TBS and TNT.

For likely the first time in SAG history, the four top individual film honors were awarded to people of color.

Viola Davis’ Oscar campaign for her performance in Ma Rainey’s Black Bottom gained momentum upon winning the SAG Award for best actress. She and Halle Berry are the only the Black women to win this category. She also ties with Renee Zellweger to boast the most individual SAG awards of any actress with three wins. Her co-star, the late Chadwick Boseman, won best actor in a leading role.

On the TV side, Schitt’s Creek — which swept the comedy series at the Emmys in September — took home a pair of awards: best comedy series ensemble and best actress for Emmy winner Catherine O’Hara. Ted Lasso’s Jason Sudeikis was named best actor in a comedy series after winning a similar award earlier this year at the Golden Globes.

The Crown also nabbed two awards, on the heels of his four wins at February’s Golden Globes: The show’s cast won best drama series ensemble, while Globe winner Gillian Anderson collected another award Sunday night, winning best actress for her portrayal of Margaret Thatcher, beating out her co-stars Olivia Colman and Emma Corrin in the category.

TV winners also included The Queen’s Gambit star Anya Taylor-Joy and I Know This Much Is True star Mark Ruffalo, who won best actress and actor in the TV movie and limited series categories, respectively.

During the preshow, which streamed online, the winners in the stunt categories were unveiled, with Wonder Woman 1984 taking home the honors in the film category and The Mandalorian winning on the TV side.

Meanwhile, during the awards telecast, which doesn’t have a host, acceptance speeches are being rounded out with taped messages from other actors who will serve as presenters and participate in the show’s famed “I am an actor” segment.

As for what prompted the decision to go with this format, SAG Awards executive producer Kathy Connell told The Hollywood Reporter, “We’re usually the shortest awards show on TV. And this year, we’re really going to be the shortest. We didn’t know what the year would bring in terms of where we would be in COVID, and to pretend that it was a normal year was just wrong. And we are the union, so we wanted our members to be protected. In some instances, our members are in production bubbles, [so] we wanted to make sure we weren’t going to do anything that would prevent them from [working].”

Fellow executive producer Todd Milliner added, “Doing all the pretaping allows us to shape the narrative and really get to the best stuff that the actors say, and the most interesting interviews. And it’s packed full.”

Connell agreed that “there’s going to be a lot on the cutting-room floor.”