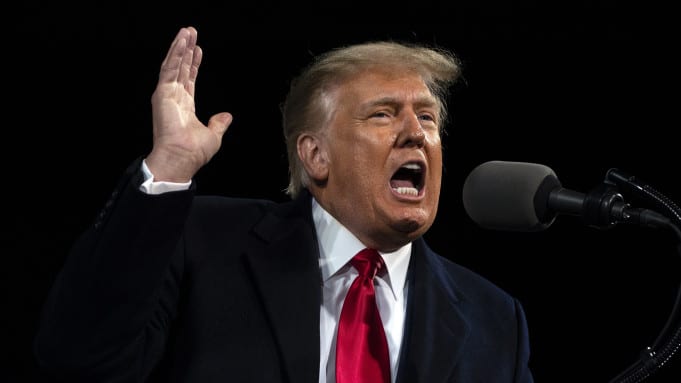 The Supreme Court has vacated a ruling that held that former President Donald Trump’s Twitter account was a public forum, and that therefore under the First Amendment he could not block people from responding to his tweets.

The court held that the dispute — involving a former president’s now-banned social media account — is moot, and ordered the case dismissed. The only opinion in the case was a concurrence from Justice Clarence Thomas, in which he argued that the “dominant digital platforms” pose the true threat to free speech and suggested various legal pathways to restrain them.

Seven Twitter users sued Trump in 2017, arguing that he had blocked them for expressing opinions he disagreed with. They argued that Trump could not, as a public official, bar citizens from participating in a public forum because he did not like their opinions. The trial court and an appellate panel sided with the plaintiffs, finding that Trump had violated the First Amendment by blocking them.

The Trump administration appealed to the Supreme Court, arguing that Trump was using his Twitter account in his personal capacity, and not as a state function. But after Trump’s defeat, the administration asked to have the case declared moot because Trump would no longer be a public official — and thus, no longer capable of violating the First Amendment — by the time the case was heard.

The plaintiffs, represented by the Knight First Amendment Institute at Columbia University, agreed that the case was moot, but for a different reason. They argued that Trump’s Twitter behavior was no longer in controversy because Twitter removed Trump’s account and banned him permanently on Jan. 8. The plaintiffs asked, however, that the 2nd Circuit opinion be allowed to stand, as it has implications for social media use by public officials across the country.