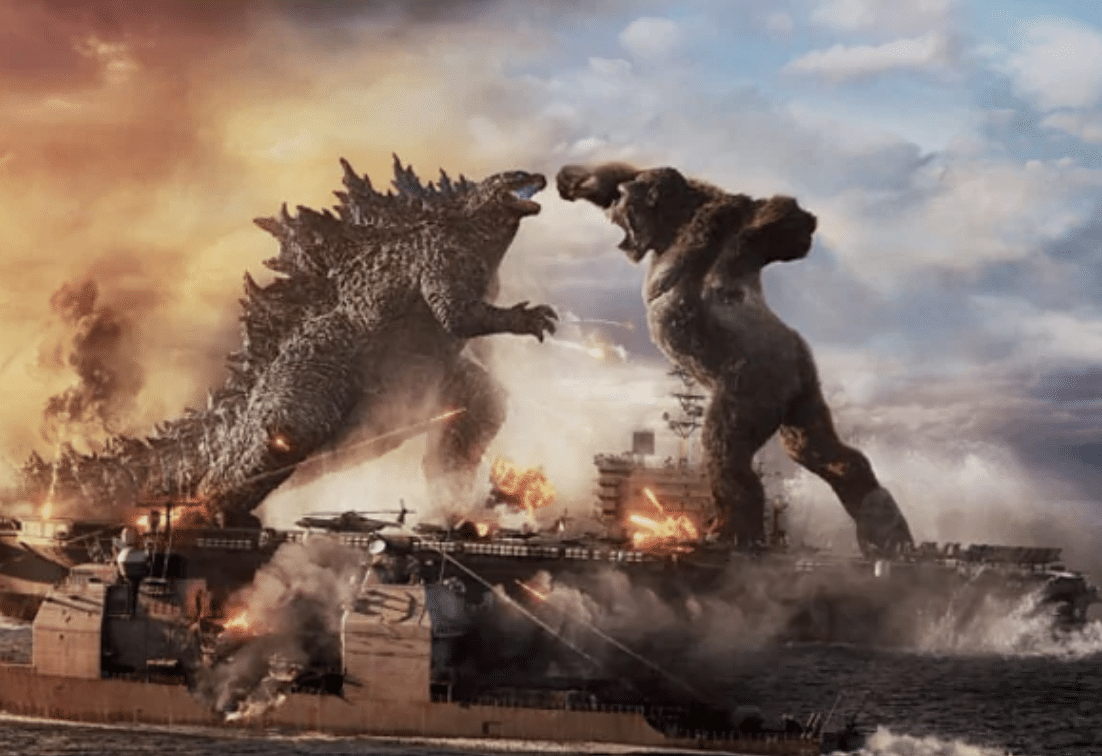 After a year of closures, false starts and seemingly endless waiting, Warner Bros./Legendary’s “Godzilla vs. Kong” has given the box office and movie theater owners reason to cheer. Since its release on Wednesday, the MonsterVerse film has earned a five-day opening of $48.5 million, with a $32.2 million estimated Friday-to-Sunday total.

While that is less than the $47.7 three-day opening earned in 2019 by the film’s predecessor, “Godzilla: King of the Monsters,” that was to be expected as that film opened in 4,108 locations, while “Godzilla vs. Kong” opened in 3,064 locations that have had their capacity reduced to 25% by COVID-19 safety regulations. Still, the film has posted by far the strongest launch of any film since the start of the pandemic, topping the $20.2 four-day opening of “Tenet” on Labor Day weekend and the $16.7 million opening earned by “Wonder Woman 1984” on Christmas weekend during the worst surge of COVID-19 infections.

Since the release of “Wonder Woman 1984,” several major cities have reopened their theaters, including Los Angeles, New York, San Francisco, and Chicago. Los Angeles and San Francisco will also increase their cinema capacity limits from 25% to 50% starting on Monday, increasing the chance that “Godzilla vs. Kong” could have a stronghold next weekend. Los Angeles and New York reclaimed their spots as the top box office markets in the film’s top 10 DMAs, followed closely by Dallas and Houston, where theater capacity limits have been completely removed by Texas Gov. Greg Abbott.

While Warner Bros. says that the film’s box office potential was weighed down by ongoing theater closures in Canada, where only approximately 25% of cinemas are open, the studio earned an additional $3 million from that country thanks to a day-and-date PVOD release available to Canadian moviegoers. Also, in a trend similar to that of “Wonder Woman 1984,” Warner Bros. reported a significant boost to its numbers from private screenings, which AMC offers at prices starting at $149 for new films depending on location.

The film has also been a huge hit with audiences, earning an A on CinemaScore and an 85% total positive rating from Postrak audience polls to go with a 76% critics score on Rotten Tomatoes. While the film has performed strongly across all age and ethnic demographics, “Godzilla vs. Kong” seems to have become a bit of a family film as well, as CinemaScore reports that 24% of those polled were under the age of 18, with that cohort giving the film an A+.

Industry estimates project that “Godzilla vs. Kong” will account for approximately 70% of all box office revenue for Easter weekend, which is currently estimated at $46.6 million. Sony’s occult horror film “The Unholy” is in a very distant second with a $3.2 million opening from 1,850 locations. Starring “The Walking Dead” alum Jeffrey Dean Morgan as a journalist who discovers a girl with healing powers that she says were given by the Virgin Mary but appear to be from something far more sinister, “The Unholy” has a C+ from audiences on CinemaScore and a 35% score from critics on Rotten Tomatoes.