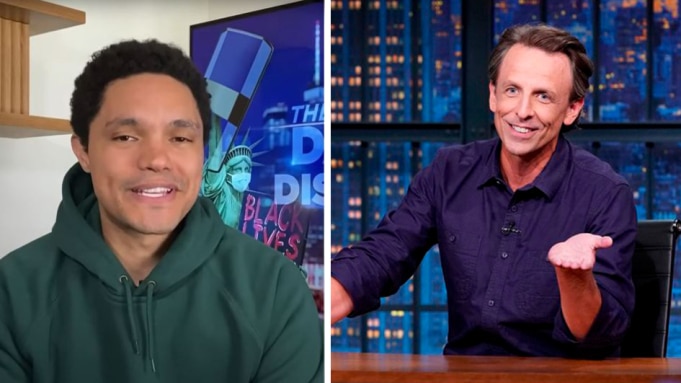 But while some people were optimistic that his bout with the infectious disease would inform how Trump would handle the disease, which has killed more that 210,000 Americans, both Noah and Meyers said nothing has changed.

“Remember, he might get better from COVID but he will never get better as a person. Of course you can say don’t be afraid of COVID, you have the best tax-payer funded medical care in the world,” Meyers said during his “A Closer Look” segment. “It’s easy to say don’t be afraid to jump out of this airplane when you’re the only one with a parachute.”

Noah mentioned that Trump, despite being exposed to the virus at the superspreader event of Amy Coney Barrett’s Supreme Court nomination at the Rose Garden, went on to appear at multiple rallies and fundraisers. He noted that even after learning that someone in his close circle had tested positive for the infectious disease, the president did not quarantine for the recommended two weeks, maintain social distance from others, but instead “carried on with his life with complete disregard for other people’s lives.”

“I don’t care what anyone says, this is truly despicable. Trump knew he could be infected and he put his supporters at risk anyway?” Noah asked.

The two late-night hosts also criticized the unclear and inconsistent information coming from Walter Reed health officials and the Trump administration regarding the president’s health. Noah and Meyers said that the president’s bout with COVID-19 has been shrouded in deception and secrecy.