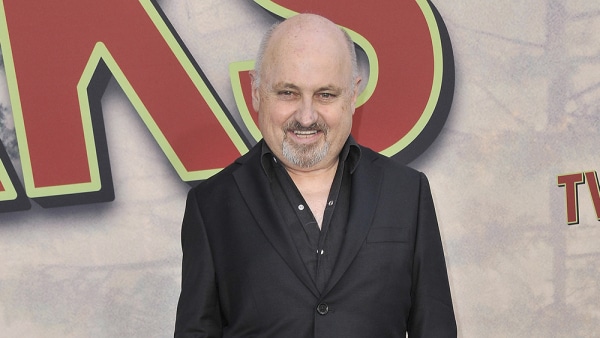 Actor, director and producer Clark Middleton, who appeared in “Kill Bill Vol. 2,” “The Blacklist” and “Snowpiercer,” died Sunday as a result of West Nile Virus, his wife Elissa confirmed. He was 63.

“With heavy hearts we announce the passing of a life eminently worthy of celebration: Clark Tinsley Middleton, 63 – beloved actor, writer, director, teacher, hero, husband, beacon, friend,” Elissa wrote. “Clark transitioned on October 4th as a result of West Nile Virus, for which there is no known cure. Clark was a beautiful soul who spent a lifetime defying limits and advocating for people with disabilities.”

On television, Middleton appeared in recurring roles on “Law & Order,” “Twin Peaks” and, most recently, “The Blacklist,” where he played the irritable DMV boss Glen Carter. On the 2017 Showtime revival of David Lynch’s “Twin Peaks,” he played Charlie, the sleepy husband of Audrey (Sherilyn Fenn). He told Indiewire in 2017 he didn’t even have to audition for the role. “I thought I would enjoy being in that world. It was the sort of world I thought I could fit in as an actor.

Throughout his career, Middleton worked with prominent directors including Quentin Tarantino in “Kill Bill Vol. 2,” Ang Lee in “Taking Woodstock,” Bong Joon Ho in “Snowpiercer” and Frank Miller and Robert Rodriguez in “Sin City.” Among his big-screen credits was Academy Award-winning “Birdman or (The Unexpected Virtue of Ignorance).”

He also wrote and directed original work for both the screen and stage, where he got his start.

Middleton began working as an actor in New York in 1983, making his theatrical debut in three plays with late Emmy award-winning actor and Broadway star Geraldine Page. With his debut on Broadway, he portrayed Hugo in the Tony-nominated revival of “The Iceman Cometh” with Denzel Washington.

In the past 30 years, his extensive stage experience took him across the country, where he performed in major theaters in New York City and Los Angeles, including his one-person critically acclaimed play “Miracle Mile.” He also created roles for playwrights Sam Shepard, John Guare and John Belluso, among others.