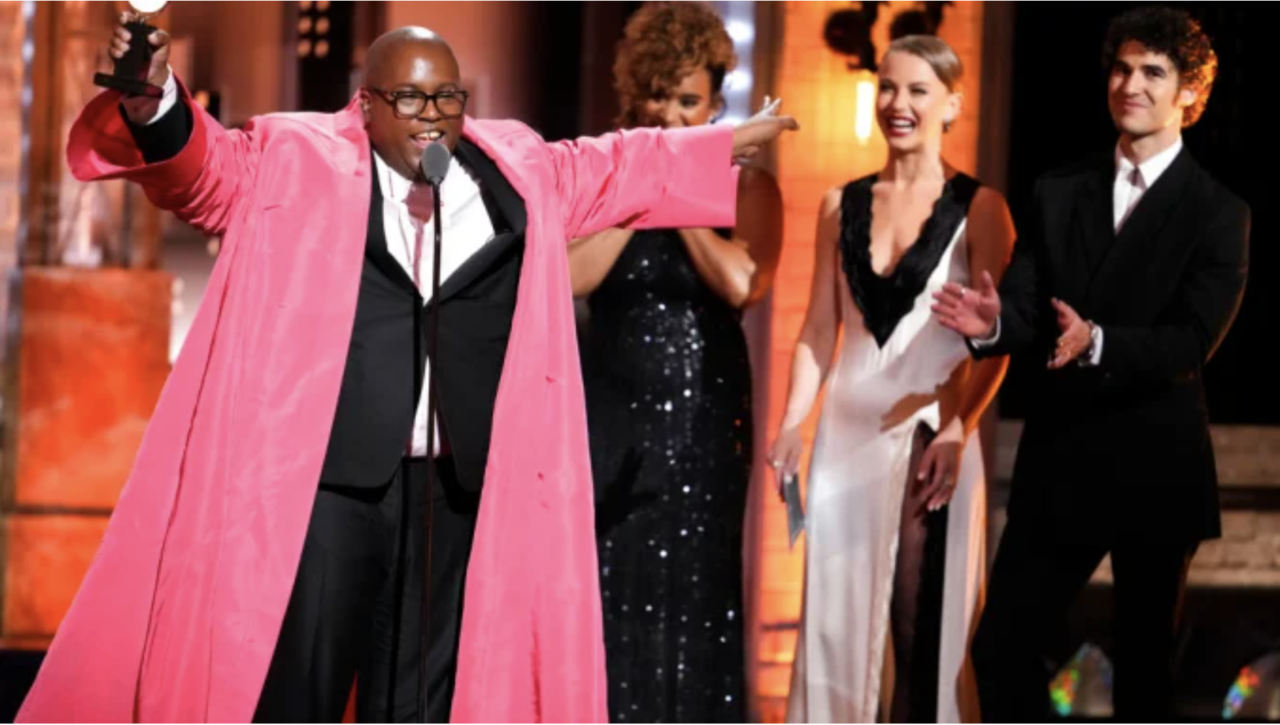 “A Strange Loop” was named best musical at the 75th Tony Awards on Sunday, while “The Lehman Trilogy” captured the prize for best play. “Company” won best musical revival and “Take Me Out” nabbed the award for best revival of a play.

“Company,” which flipped the gender of the protagonist of Stephen Sondheim’s classic musical to tell a more female-focused story, earned five prizes. Its victory was bittersweet, coming roughly seven months after its creator died at the age of 91.

“The Lehman Trilogy,” an epic drama charting the history of one of the financial institutions that helped spark the 2008 recession, also won five Tony Awards, including prizes for Sam Mendes’ direction and for the lead performance of Simon Russell Beale.

The ceremony, which unfolded with characteristic razzle dazzle, caps one of the most tumultuous periods in the history of the theater business. After being closed for nearly two years due to COVID, Broadway began slowly reopening at the end of last summer, but its recovery has unfolded in fits and starts.

“What a season it’s been,” Ariana Debose, the host of the Tonys, said in her opening monologue. “For many of you it’s been a roller coaster – starts, stops, dramatic twists and turns.”

Omicron devastated the industry during the height of holiday season and nearly every production has had to cancel performances or had key cast members miss shows due to outbreaks of the virus (“Six,” one of the best musical nominees, had to rely on an understudy to pull off its performance on the Tony Awards broadcast). In a sign of the changed times, winners and presenters gave shoutouts to COVID safety coordinators. All this uncertainty has come with a financial cost. Ticket sales for the 2021 to 2022 season topped out at $845 million, a 54% plunge from the $1.8 billion that Broadway theaters recorded in 2018 to 2019, the last full season prior to the pandemic shutdown of 2020.

Marianne Elliott, honored for directing “Company,” acknowledged the existential challenges facing Broadway while accepting her award. “Our industry has been through so much,” said Elliott. “It felt at times that live theater was endangered.” She went on to dedicate her prize to all of those “…fighting for the survival of this beautiful, transportive and essential art form.”

Despite the obstacles, some 34 shows premiered on Broadway this season, 29 of which received at least one Tony nomination. The shows ranged from lavish musicals to more avant-garde offerings.

Deirdre O’Connell picked up best actress in a play for her work as a Florida hospice chaplain who is held hostage in the wildly experimental drama, “Dana H.” It was a show in which O’Connell mouthed her lines to a recording of Dana Higginbotham, the real-life kidnapping victim she played on stage.

“Please let me standing here be a little sign to you from the universe to make the weird art,” O’Connell said.

Myles Frost won leading actor in a musical for channeling pop star Michael Jackson in “MJ,” while the best leading actress in a musical prize went to “Paradise Square’s” Joaquina Kalukango, whose performance of the show’s anthem “Let it Burn” was an emotional highlight of the ceremony. “Paradise Square” examines the conflict between Irish Americans and Black Americans during the Civil War, a piece of history that Kalukango acknowledged in her speech.

(Excerpt) Read more and see a list of Winners in: Variety