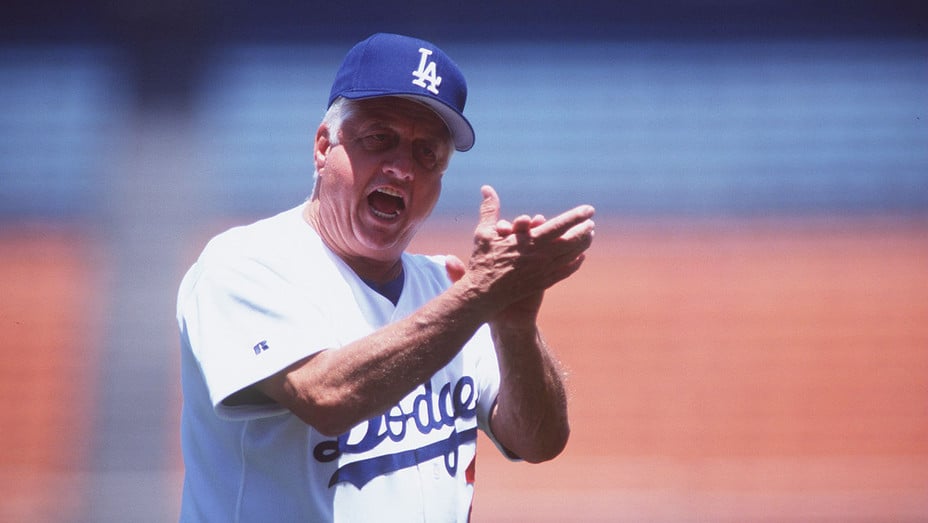 Tommy Lasorda, the boisterous master motivator who “bled Dodger Blue” during his seven decades with the club as a player, scout, coach, manager and ambassador in Brooklyn and Los Angeles, has died. He was 93.

Lasorda, who managed the team for nearly 20 years to four National League pennants and World Series titles in 1981 and 1988, died Thursday night after suffering a heart attack at his home in Fullerton, California, the Dodgers announced. He had been ill for some time.

He retired as Dodgers manager in July 1996, about a month after he suffered a heart attack and underwent an angioplasty to clear a clogged artery. He was inducted into the Baseball Hall of Fame in his first year of eligibility in 1997, the same year his uniform No. 2 was retired by the club.

Most recently, Lasorda served as a special adviser to Dodgers chairman Mark Walter. He was there in Arlington, Texas, on Oct. 27 when the Dodgers won the 2020 World Series.

“In a franchise that has celebrated such great legends of the game, no one who wore the uniform embodied the Dodger spirit as much as Tommy Lasorda,” Dodger president and CEO Stan Kasten said in a statement.

With his infectious personality, impeccable comic timing and gift for storytelling, the colorful son of Italian immigrants was showbiz through and through, a perfect fit in Hollywood.

Frank Sinatra promised him that he would sing the national anthem at Dodger Stadium if Lasorda ever became manager of the team, and so he did on Opening Day in 1977. Lasorda once put Don Rickles in uniform and let him sit in the dugout, and legend has it he sent the comic out to the mound to make a pitching change.

Lasorda also counted Ronald Reagan, Robert Wagner, Cary Grant, Kirk Douglas, Milton Berle and Tony Danza among his buddies, and Pia Zadora sang “The Way We Were” at his son’s funeral in June 1991.

When Lasorda was a left-handed pitcher in the Pacific Coast League with the Los Angeles Angels (then a Dodgers’ minor-league team before their move from Brooklyn), he met legendary movie gangster George Raft.

“I started a big fight one game and afterward he was waiting for me to say, ‘That was the greatest thing I’ve ever seen,’ ” Lasorda told the Los Angeles Daily News in a 2013 interview.

He played Coach Cannoli in the Rodney Dangerfield soccer comedy Ladybugs (1992) and appeared as himself in Ed (1996), a Matt LeBlanc movie that revolved around a baseball-playing chimpanzee. He also showed up on episodes of Fantasy Island, Police Squad!, CHiPs, Hee-Haw, Who’s the Boss? and Arli$$.

Lasorda, born in Norristown, Pennsylvania, on Sept. 22, 1927, signed with the Philadelphia Phillies organization in 1945 and pitched for their minor-league team in Concord, North Carolina. After a stint in the U.S. Army, he struck out 25 batters in a 15-inning game and singled in the winning run.

In 1949, the Dodgers got him from the Phillies, and he made his major-league debut in August 1954. Later, he was sent down to the International League club in Montreal so that Brooklyn could use his roster spot on a young, hard-throwing left-hander by the name of Sandy Koufax.