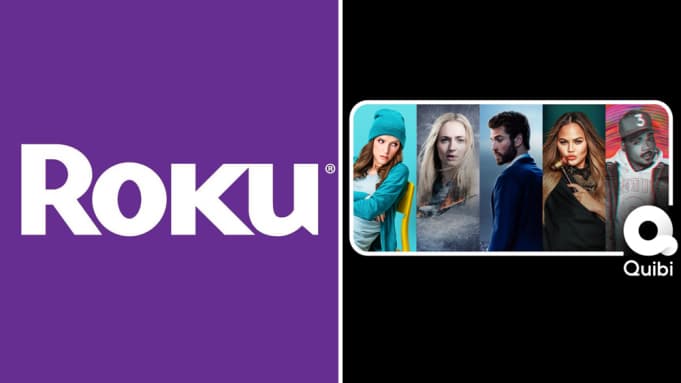 In its biggest original programming foray to date, Roku has bought exclusive global distribution rights to the portfolio of Quibi, the recently shuttered mobile-only streaming venture fronted by Jeffrey Katzenberg.

The acquisition covers most of the Quibi library, but some daily news shows are not part of the package. A key draw for Roku is the talent, a roster including Idris Elba, Kevin Hart, Liam Hemsworth, Anna Kendrick, Nicole Richie, Chrissy Teigen and Lena Waithe. The lineup includes titles like Most Dangerous Game, Dummy and Murder House Flip.

Financial terms were not disclosed, though the valuation is understood to be less than $100 million, according to insiders. Roku shares rose 5% to $398.60 on the news. At one point early in the trading day, they reached $402.81, an all-time high.

In an interview with Deadline, Roku VP of Programming Rob Holmes told Deadline that the unusual rights flexibility offered by Quibi will stay in place, with rights reverting after seven years. “We preserved all of what was in the existing agreements,” Holmes said. “We’re excited about that. It’s great, high-quality, top talent and high-quality content.”

The programming will be available for free starting later this year. Shows will have advertising, as they did on the $5-a-month Quibi service, and they will be housed on the Roku Channel. The hub for free and premium streaming channels, including 150-plus free live, linear offerings, has become a mainstay of the company’s strategy since Roku launched it in 2017. By the fourth quarter of 2020, it was being viewed by households representing an estimated 61.8 million people, the company said, double its reach at the end of 2019.

The deal puts a final punctuation mark on the Quibi experiment. Founded by Katzenberg and Meg Whitman with a remarkable $1.75 billion in startup capital, the mobile-focused streaming service had a noisy debut last April but never gained traction. Six months in, execs announced it would shut down by the end of the year. The coronavirus pandemic clearly worked against the on-the-go premise of Quibi, whose name is short for “quick bites,” but its shows also drew decidedly mixed reviews. There were some exceptions, though — #FreeRayshawn, for example, netted two Emmys.

“The most creative and imaginative minds in Hollywood created groundbreaking content for Quibi that exceeded our expectations,” said Quibi Founder Jeffrey Katzenberg. “We are thrilled that these stories, from the surreal to the sublime, have found a new home on The Roku Channel.”

Financial terms of the deal, whose negotiations surfaced last weekend, were not disclosed. In the transaction, Roku acquired Quibi Holdings, LLC, the company that holds all of Quibi’s content distribution rights. Quibi’s infrastructure and technology, such as its Turnstyle interface, are not part of the deal.

The user experience on Roku Channel, Holmes conceded, will be different from the Quibi experience. Unlike shorter bursts on a mobile phone, Roku will look for longer engagement in the living room.