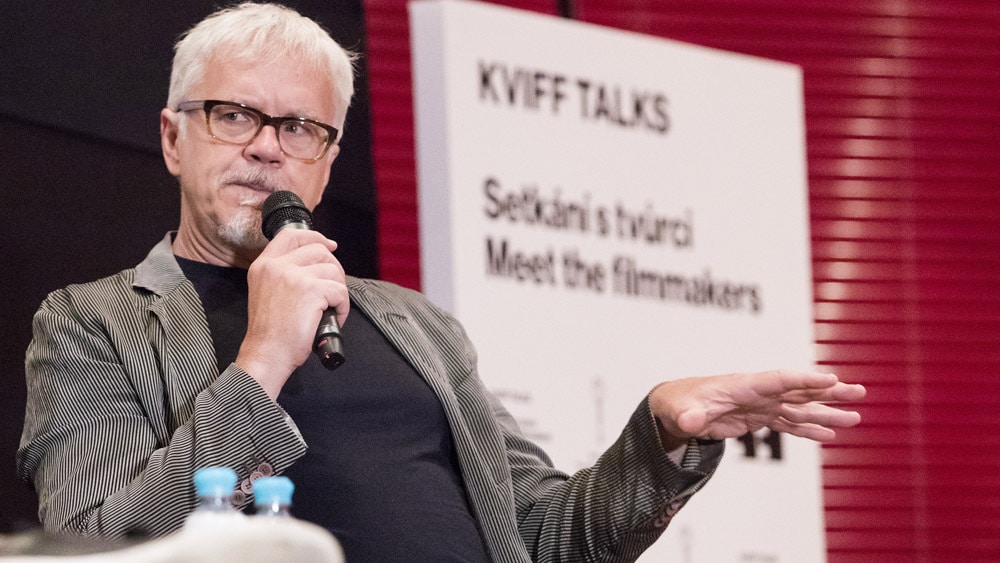 Speaking at the Karlovy Vary Film Festival Saturday, Tim Robbins expressed outrage and shame at U.S. immigration policies and the Supreme Court’s new ruling allowing President Trump’s travel ban on some predominantly Muslim countries to stand. “That Supreme Court decision will be remembered as a disgrace,” he told journalists, building on comments at the fest opening that had galvanized the black tie audience.

Robbins recently staged with The Actors’ Gang theater ensemble in L.A. a play called “The New Colossus,” inspired by hundreds of immigrants’ stories and by the plaque at the base of the Statue of Liberty professing to welcome the world’s teeming masses.

At Karlovy Vary he is screening a film he wrote and directed that celebrates working-class artists, “Cradle Will Rock,” and another that sends up dishonest, populist political candidates, “Bob Roberts.” He admitted he is still surprised at how accurate the latter film from 1992 turned out to be.

A polemic about a sleazy conservative candidate who is “a big fan of beauty pageants and was also formerly in a military school and avoided service,” the film proved to be chillingly prophetic, Robbins said.

“I had no idea we would ever elect Bob Roberts as president of the United States.”

Asked whether his outspoken beliefs on progressive causes have harmed his career, the actor-director admitted he wasn’t sure. But, he added, if he didn’t speak up when he encountered injustice, “I don’t know that I would like myself very much. To know something and to not say anything, to me, is a betrayal of what a democracy is.”

Seeming to take pride in having once been banned from the Oscars ceremony for condemning, along with then partner Susan Sarandon, the Guantanamo detentions of HIV-positive Haitian refugees in 1993, Robbins said he worries that filmmakers too often avoid dealing with controversial subjects for fear of endangering their careers.