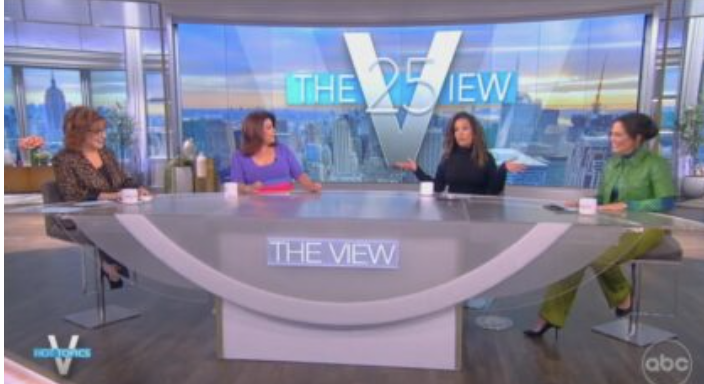 During a segment about Trump fundraising for a new plane, following a reported emergency landing in New Orleans on Saturday, Grisham remarked that, from her experience working in the previous administration, Trump is “doing everything he can to get paid by people who truly believe in him, and I want those people to know that he laughs at them behind closed doors.”

Navarro confronted Grisham and said, “For years you heard him do this, right? Laugh behind closed doors. So why did it take so long to find it so objectionable?”

Grisham mentioned that she had repeatedly talked about what caused her to find Trump objectionable.

She said that she worked for former First Lady Melania Trump and “moved to the West Wing. I saw things I hated. By that time, I wanted to leave and I knew because of, I’m sorry, people like yourself who are so against me that I would not be able to get a job anywhere.”

Grisham went on to reiterate that she’s “a single mom” and has “bills to pay.”

“I went back to Mrs. Trump because I felt protected by her. I felt at least she did things anti-Trump against her husband,” she continued. “I figured I would just ride it out and do the best I could afterwards. Then Jan. 6 happened and I said ‘hell no, I’m done.’”

Navarro defended herself and told Grisham that confronting her is “not about attacking you. For me, it’s about attacking and holding accountable all the people…” – only for Grisham to interrupt and say that she’s agrees with her and that she apologizes.

“But I’m looking forward now I’m trying to change it and I will do everything I can to make sure he’s not elected again,” said Grisham.

Hostin told Navarro that she herself is still a Republican despite getting attacked by Trumpworld and that Grisham herself is still in the GOP despite turning against Trump after working for him – something Hostin called “bizarre to somebody like myself.”