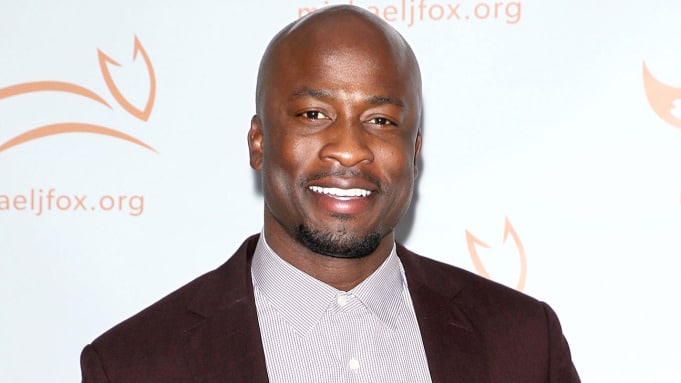 After losing two co-hosts in late August, CBS’ daytime show The Talk has filled one of the vacancies.

Akbar Gbajabiamila will join the show full-time when The Talk’s 12th season begins on Sept. 13. The American Ninja Warrior host and former NFL player was a guest host on the show several times over the summer.

He becomes the second permanent male co-host of the show, joining another recent addition, Jerry O’Connell. They’ll join Sheryl Underwood and Amanda Kloots at the table in season 12.

“It is an absolute honor to be joining The Talk as a host,” said Gbajabiamila. “I am so excited for this new generation of such a long-standing establishment. To be a part of this diverse group is truly a dream and a new statement for The Talk. In a world as divided as ours, I look forward to showing up as my fun and authentic self every day and advocating for conversation over confrontation.”

Gbajabiamila comes aboard the show following the departures of Carrie Ann Inaba and Elaine Welteroth in August. The show has experienced a heavy turnover among its hosts in the past year: Underwood is the sole remaining member of the panel from the start of the 2020-21 season. Kloots joined The Talk in January (at the same time as Welteroth), and O’Connell was hired in July.

The Talk‘s last remaining original co-host, Sharon Osbourne, was let go in March after a tense exchange with Underwood over Osbourne’s on-air defense of her friend Piers Morgan — who had called Meghan Markle a liar and worse after Markle and Prince Harry’s bombshell CBS interview with Oprah Winfrey.

At one point in the March 10 episode Osbourne asked Underwood, who is Black, to “educate” her about racism. The show then went on hiatus for several weeks amid allegations from previous co-hosts Leah Remini and Holly Robinson Peete that Osbourne had made racist comments off air.

In addition to American Ninja Warrior and its Junior spinoff, Gbajabiamila has hosted and done commentary for shows on NFL Network and CBS Sports Network.