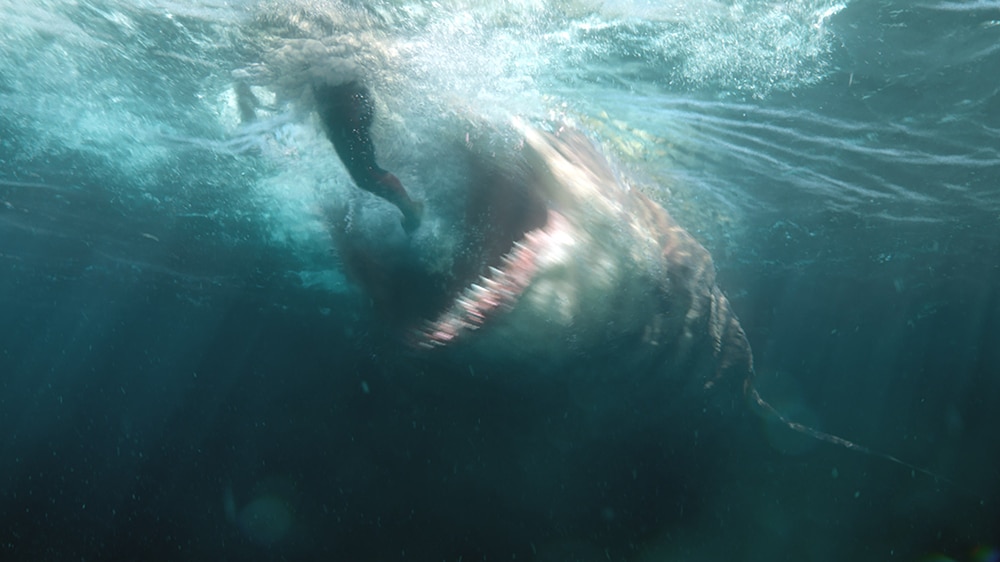 “The Meg” swims into theaters this weekend and is looking to nab the No. 1 spot at the box office with an estimated $40 million from 4,118 North American locations.

The estimate is significantly higher than earlier predictions, which had placed the film in the $20 million to $22 million frame. The Warner Bros. film took in $16.5 million on Friday and stars Jason Statham as a scientist who, along with his team, tries to stop a prehistoric 75-foot Megalodon shark from terrorizing a beach.

Jon Turtletaub directed “The Meg,” which has received mixed reviews from critics and carries a 50% score on Rotten Tomatoes. The movie is based on the 1997 book “Meg: A Novel of Deep Terror” by Steve Alten and was in development for over two decades.

“The Meg” is a co-production with China’s Gravity and carries a $150 million price tag, so it will need substantial overseas business. It’s also opening in China, Russia, Spain, and the U.K. this weekend and earned $26.7 million on Friday from 42 overseas markets. “The Meg” opened to $16.2 million in China Friday, giving it third place behind two local comedies.

Disney’s “Christopher Robin,” starring Ewan McGregor, should take in about $12 million from 3,602 theaters in its second weekend to land in third place, though Sony’s “Slender Man” and Focus Features’ “BlacKkKlansman” are coming in close by and could overtake the family film. This weekend’s earnings will push “Christopher Robin” past the $50 million mark domestically. The film, which also stars Hayley Atwell and was helmed by Marc Forster, has reeled in $5 million overseas.

“Slender Man” is heading for around $10 million in its first weekend when it opens at 2,358 multiplexes. The thriller took in $4.85 million on Friday and is coming in on the lower end of earlier estimates. “Slender Man” is based on the internet urban legend about a bogeyman that steals children and stars Joey King, Jaz Sinclair, and Julia Goldani Telles. Sylvain White directed the film, which is receiving negative reviews from critics for a 15% rating on Rotten Tomatoes.

Spike Lee’s “BlacKkKlansman” is looking to earn around $9 million from 1,512 locations in its debut. Starring John David Washington and Adam Driver as a detective and cop who team up to infiltrate the KKK, “BlacKkKlansman” has earned rave reviews and holds a 97% fresh rating on Rotten Tomatoes. Topher Grace also stars as KKK leader David Duke.

Elsewhere, Universal’s “Mamma Mia! Here We Go Again” will cross the $100 million mark domestically with this weekend’s take of about $5 million. The sequel film has also garnered $143 million from international audiences.