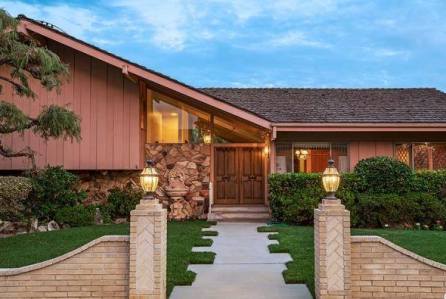 The iconic Brady Bunch house in Studio City, California sold for almost twice its asking price, thanks to the entry of HGTV into the bidding wars.

The Los Angeles Times reports the sale of the home at 11222 Dilling Street closed Friday at $3.5 million, or $1.6 million more than the listing price of $1.885 million. The home was used for the exterior shots in the television show, with the interiors shot on a sound stage.

The home received eight offers, according to the report, including singer Lance Bass, who thought he had submitted the winning bid, but was blown away when HGTV allegedly offered to top any bids. Despite reports that developers were looking at a potential tear-down, none of the bidders intended to destroy the home, according to listing agent Ernie Carswell.

HGTV announced the purchase on an earnings call earlier in the week. Discovery Inc. CEO David Zaslav said the network plans to restore the house to its 1970s glory. HGTV received the blueprints for the home as part of the sale.