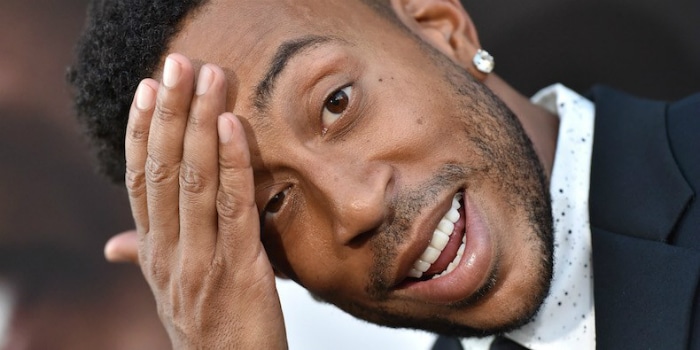 Apparently Ludacris has a heart of gold! The rapper responsible for hits such as “Get Back” and “Rollout” reportedly has a habit of visiting supermarkets around the country and picking up the tab for unexpected shoppers who look like they might need a hand.

It turns out that Ludacris has been buying groceries for strangers at supermarkets for years, according to a new investigative report from The New York Times’ Jonah Engel Bromwich.

Per a post Therra shared on Facebook on July 30, the man in front of her in line offered to buy her groceries once he realized she couldn’t afford all of her items. The man, who only identified himself as “Chris”, purchased all of Therra’s groceries — $375 worth — which left her in tears, and then went on his way.

It wasn’t until after the mystery man let the store that the cashier told Therra the kind-hearted stranger was none other than Ludacris, 40. “This guy is awesome run amok,” she wrote on Facebook. “You know why? He was just doing something kind for a disheveled, harried stranger.”

But according to dozens of social media users, the incident last month was hardly the first time the Furious 7 actor has foot the grocery bill for someone in need. In fact, The New York Times reports the Grammy winner frequently goes to the supermarket on his own, and has been known to pay it forward by purchasing food for strangers across the country.

@Ludacris my boy spotted you out here in Oxnard at the whole foods but he was scared to say hi. You here just chilling in the 805?

Down on her luck, Therra Jaramillo got a big surprise Monday when she was in line at the @WholeFoods in DeKalb Co. She didn’t have enough for groceries so @Ludacris, who was ahead her, stepped in to pay @JonShirek has the story at 5pm. #11Alive pic.twitter.com/ToaIE5dQxI

THIS IS SO IMPORTANT!!!! I adore your heart @ludacris 🙏🏾#PSA: BLACK MEN ARE NOT A THREAT! THEY ARE NOT HERE TO HARM YOU!!! THEY HAVE LOVE IN THEIR HEARTS! THEY ARE COMPASSIONATE!!! WE… https://t.co/nbdTBEnfVB

Though he may not want to draw attention to his good deeds, Ludacris’ actions have earned him plenty of praise on social media in recent days. In fact, Taraji P. Henson tweeted about how Ludacris helped Therra, writing, “I adore your heart.”

It must be a golden age for rappers paying for people’s groceries. This past February, Drake famously went to Miami to perform a number of good deeds—like buying people food—while shooting his “God’s Plan” music video, which had a budget of nearly $1 million for donation. He called the video “[t]he most important thing [he has] ever done in [his] career.”

It is SUPER cool to see celebrities doing positive things in the community.  These are the role models we need more of.