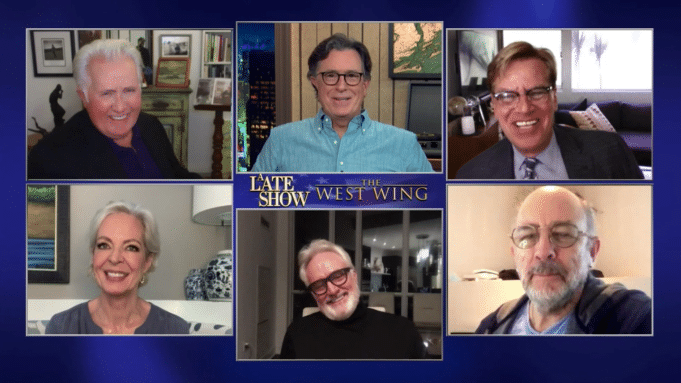 The Late Show’s Stephen Colbert is back with his second original Friday night show in a row and he’s bringing the cast of The West Wing with him.

This comes ahead of the launch of The West Wing special on HBO Max on October 15. The cast of the NBC show are getting back together for a theatrical presentation of Hartsfield Landing from season three.

The special will see This Is Us star Sterling K. Brown play the role of Leo McGarry, who was played by John Spencer, who died in 2005. Other cast members reuniting include Dulé Hill, Janel Moloney and Anna Deavere Smith.