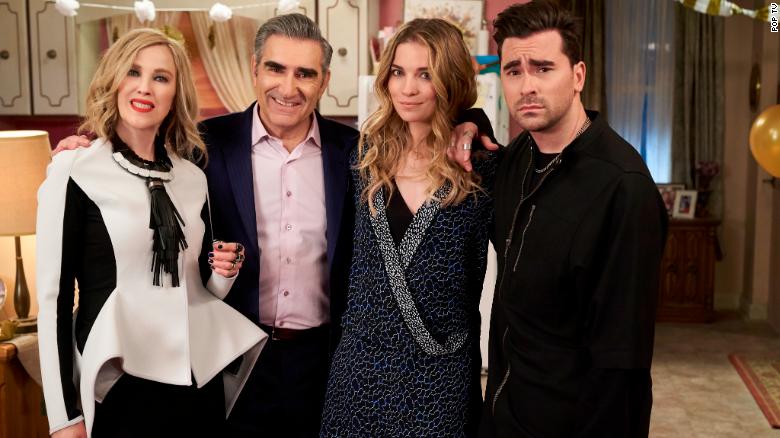 “Schitt’s Creek” star Dan Levy has criticized an Indian TV channel for censoring a scene in which two men kiss.

Levy, the co-creator and executive producer of the Canadian comedy, said Comedy Central India’s decision to edit out the kiss made “a harmful statement” to viewers.
“You showed the kiss between two women, you showed the kiss between a woman and a man, then removed the kiss between two men?” Levy, who also acts in the series, asked in a tweet, alongside a clip posted last year by the Indian arm of the global comedy channel.
“This is a show about the power of inclusivity. The censorship of gay intimacy is making a harmful statement against that message,” he said.
Western TV shows are frequently edited for nudity or scenes of a sexual nature before being shown on Indian television, but Levy pointed out that in the scene in question, only a kiss between two men was taken out, and not kisses between two women or a man and a woman.
Conservative attitudes towards homosexuality are common in the country, which only decriminalized gay sex in 2018.
“Shitt’s Creek” follows a once-wealthy family forced to relocate to the titular town after going broke. It has gained a worldwide following since becoming popular on Netflix and won five Emmys at this year’s awards.
(Excerpt) Read more @ CNN