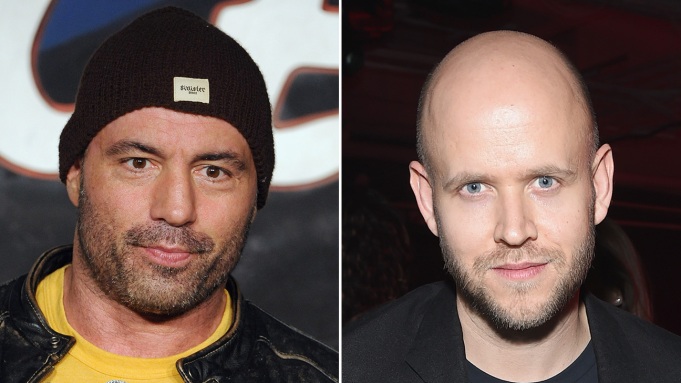 Spotify CEO Daniel Ek says he “strongly” condemns Joe Rogan’s use of the n-word and other derogatory comments toward Black people but remains firm in his decision to keep the podcaster on the platform in order to “[elevate] all types of creators.”

Last Thursday, the musician India Arie — who has said she will remove her music and podcast from Spotify in protest of Rogan’s comments about race — resurfaced a compilation of video clips showing Rogan using the racial slur and describing being with Black people as akin to “Planet of the Apes.” The podcaster apologized over the weekend, calling his comments “regretful and shameful.”

In a letter sent to staff, obtained by The Hollywood Reporter, Ek acknowledged that Rogan’s comments were “incredibly hurtful” and confirmed that Rogan decided to remove multiple past episodes from Spotify.

“I want to make one point very clear — I do not believe that silencing Joe is the answer,” Ek wrote. “We should have clear lines around content and take action when they are crossed, but canceling voices is a slippery slope.”