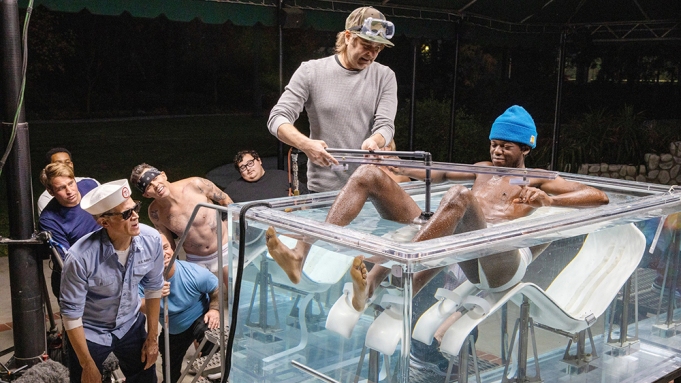 There was nothing gross about the opening of Jackass Forever at the box office.

The R-rated movie took in a better-than-expected $23.5 million from 3,604 theaters to mark a triumphant return to the big screen for prankster king Johnny Knoxville and his crew.

Paramount Pictures, MTV Entertainment and Dick Productions decided to revive Knoxville’s slapstick, gross-out comedy franchise after a 12-year hiatus from the big screen. Jackass Forever is purportedly the last film in the franchise.

Critics loved Jackass Forever, as did younger moviegoers and especially younger males. Three-quarters of all ticket buyers were under the age of 35, including 67 percent between ages 18 and 34, while 68 percent of the audience were males. The movie currently sports an 85 percent fresh rating on Rotten Tomatoes (a few days ago, it was 90 percent).

Heading into the weekend, the film had been tracking to open in the mid-teens.

Like many other franchise installments, Jackass Forever still couldn’t match the opening of the last film in the franchise, Jackass 3D, due to the ongoing pandemic. Jackass 3D debuted to $50 million.

The Motion Picture Association’s rating board slapped Jackass Forever with an R for “strong crude material and dangerous stunts, graphic nudity and language throughout.”

Overseas, the pic opened to $5.2 million from its first nine markets for an early global start of $28.7 million. The U.K. led with a strong $2.8 million.

The big news internationally was China, where the Lunar New Year holiday saw box office revenue soar to record levels, with The Battle at Lake Changjin II grossing $153.5 million alone, according to Comscore. Too Cool to Kill followed with $111.5 million.