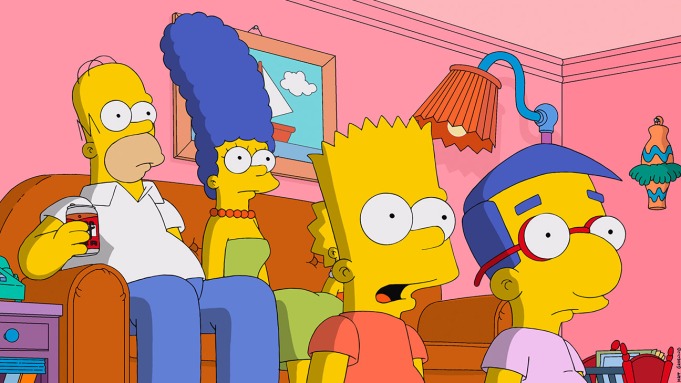 Just prior to Russia launching a full-scale invasion of Ukraine on Thursday, a series of social media users noted that The Simpsons appeared to once again predict the future back in 1998.

Those social media posts did not go unnoticed by Simpsons showrunner Al Jean, who tells The Hollywood Reporter that the 24-year-old gag — now a stark reality — is “very sad.”

The long-running Fox cartoon has made news several times through the years for seemingly predicting the future; for the most part, the situations are humorous, such as a Super Bowl matchup or the invention of FaceTime. This instance is different.

“In terms of predictions, there are two kinds we have: The trivial, like Don Mattingly getting in trouble for his hair in ‘Homer at the Bat,’” Jean says. “And then there are predictions like this. I hate to say it, but I was born in 1961, so 30 years of my life were lived with the specter of the Soviet Union. So, to me, this is sadly more the norm than it is a prediction. We just figured things were going to go bad.”

The moment considered to be a prediction occurs in the 1998 episode “Simpson Tide.” While on a nuclear submarine participating in a military exercise, Homer unintentionally fires the sub captain out of the vessel into Russian waters. Cut to Russia revealing that the Soviet Union never truly dissolved; troops and tanks descend upon the streets as the Berlin Wall is instantly resurrected. Jean notes that the show was able to clear the rights to use “The Internationale” for the 1998 episode gag, so there was no pushback.

“Historical aggression never really goes away, and you have to be super vigilant,” Jean says. “In 1998, when this clip aired, it was maybe the zenith of U.S.-Russia relations. But, ever since [Russian President Vladimir] Putin got in, almost everybody has made it clear that he’s a bad guy and bad things are going to happen.”

As of Thursday morning, local time, it was being reported that Russian troops were crossing the border from multiple directions. Videos showed explosions in several Ukrainian cities, including the capital, Kyiv. The Ukrainian death toll began to climb. President Joe Biden vowed the world would “hold Russia accountable” for the attack.