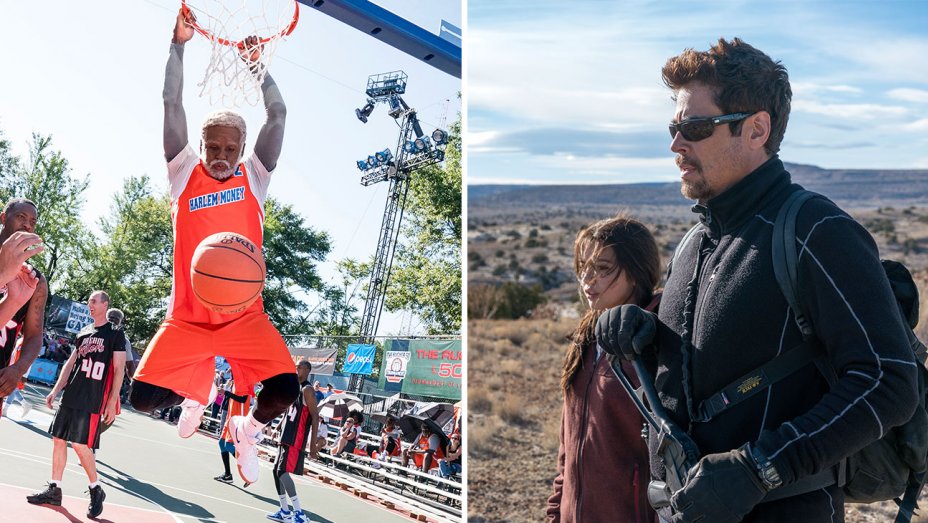 A pair of smaller films — the intense U.S.-Mexico border drama Sicario: Day of the Soldado and basketball comedy Uncle Drew — are scoring more points than expected at the North American box office, even though they don’t stand a chance of stealing the crown from holdovers Jurassic World: Fallen Kingdom and Incredibles 2, according to Friday returns.

Sicario 2, from Sony and Black Label Media, is on course to earn around $7.5 million on Friday from 3,055 theaters for a debut in the $17 million-$20 million range. Friday’s gross will include $2 million in Thursday previews.

Lionsgate and Summit’s Uncle Drew looks to score $7 million on Friday from 2,742 locations for a $16 million-$20 million weekend, including $1.1 million in previews.

Heading into the weekend, tracking suggested the two films would open in the $10 million-$13 million range.

Universal’s Jurassic World: Fallen Kingdom will easily stay atop the chart in its sophomore outing with as much as $60 million, putting the film’s domestic total north of $260 million through Sunday.

Now in its third weekend, Incredibles 2 could earn anywhere from $39 million to $44 million for a domestic cume of $428 million or more through Sunday. Sometime over the weekend, the Disney and Pixar film will pass up Toy Story 3($415 million) to rank as the No. 2 Pixar title of all time domestically behindFinding Dory ($486.3 million), not adjusted for inflation.

Neither Sicario 2 nor Uncle Drew have aspirations to be all-audience summer blockbusters. Rather, they hope to serve as counterprogramming to the glut of broad-appeal fare in summer multiplexes.