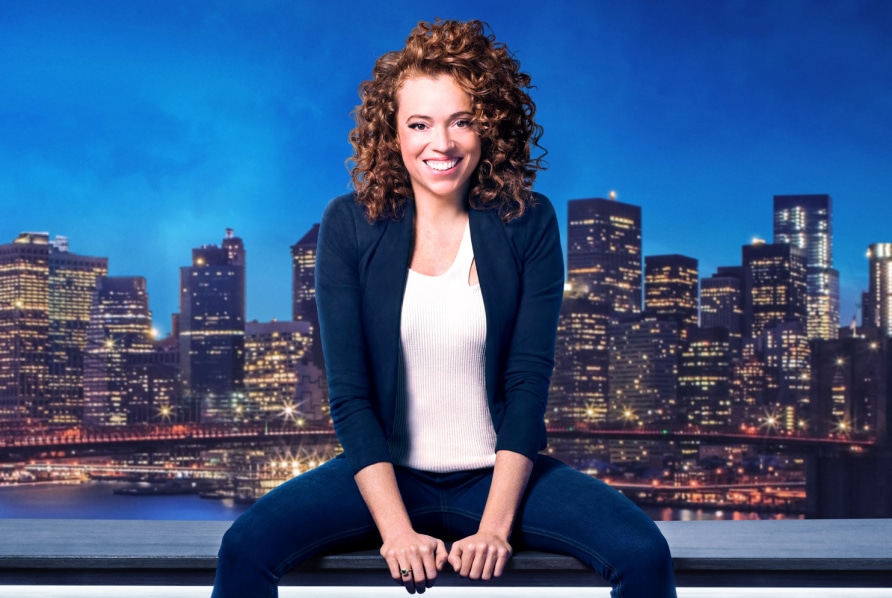 Michelle Wolf is all-in on her starring role in Republican National Committee’s The Left in 2018: Unhinged ad.

“Yeah, like a screen door installed by a blind lesbian I AM unhinged. And you can unpack whatever you think that joke means,” Wolf told the RNC in the latest episode of The Break With Michelle Wolf, streaming Sunday, July 1 on Netflix.

The ad already has produced one eyebrow-raising response, when Kathy Griffin wondered why Republicans used her “decapitated Donald Trump head” shoot if it “terrifies” Barron Trump to see it, as Trump and others suggested.

“Expecting people not to be unhinged right now is like expecting someone whose house is on fire to just keep calmly rearranging their bookshelf,” Wolf insisted.

“Right now there are two things that should be unhinged: people and those doors to the child cages,” she added.

Being unhinged is great, because it makes people “active,” Wolf said, using that description to explain Alexandria Ocasio-Cortez’s defeat of 10-term Dem Rep. Joe Crowley in a New York primary.

“She’s gotta be good; she went with a hyphenated name,” Wolf said, noting that if she wins that election in the midterm election she will rep Queens, which also is from whence sprang Donald Trump.