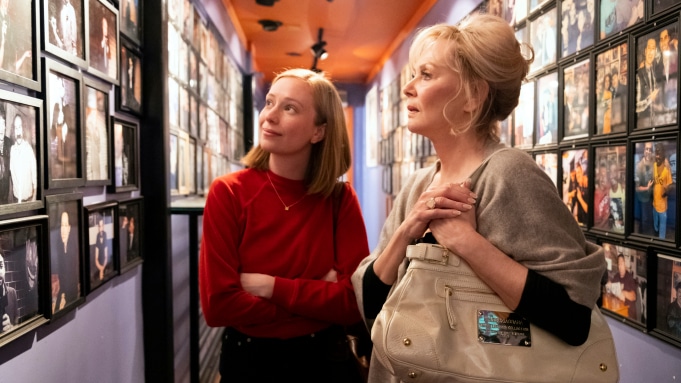 HBO Max has renewed the series, which also stars Hannah Einbinder, for a second season.

This comes ahead of the two final episodes of season one dropping on the streamer on Thursday June 10.

The streamer obviously hasn’t given out full ratings information, but said that it has been a “top performer” on the platform since its launch and is “consistently ranking in the top ten most viewed titles”.

Downs, Aniello and Statsky are showrunners and exec produce, Downs and Aniello via their Paulilu banner, and Statsky via First Thought Productions. Michael Schur exec produces via Fremulon, David Miner for 3 Arts Entertainment and Morgan Sackett. The studio is Universal Television.

Jean Smart said, “I am absolutely thrilled we are picked up for a second season and I told Hannah it’s ‘No more Miss Nice Guy; from now on it’s Bette and Joan. And guess who’s BETTE??!!’”

Sarah Aubrey, Head of Original Content, HBO Max said, “We knew immediately that Lucia, Paul and Jen brought us a winner. We couldn’t be happier about the tremendous response from our viewers and critics alike, and we salute the executive producers; Jean, Hannah and the rest of the brilliant cast; and our partners at Universal.”

“We have been blown away by the positive reception to Hacks — we owe this renewal to every single person who tuned into the show and then told a friend to watch. We are so grateful we get to continue, and want to thank our partners at HBO Max and Universal Television for supporting the show so fiercely, and our wonderful cast and crew for delivering on every level. Many years ago, we set out to tell a deeply important story that needed to be told — that of a handsome, charming talent manager and his two demanding female clients. We’re so glad that story resonated with audiences, and we can’t wait to get to work on season two. See you soon,” added Downs, Aniello and Statsky.