The KarJenner family came together on Thursday night to celebrate Kylie Jenner’s 21st birthday — and dressed to the nines for the occasion. 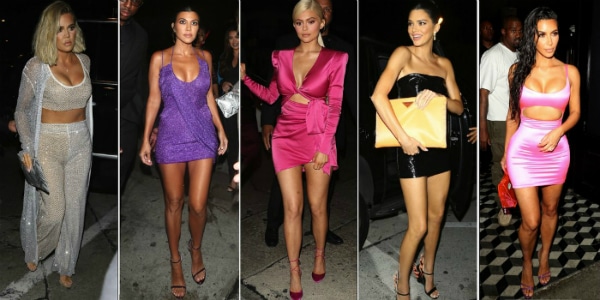 The birthday girl, though, of course stole the show with not one but two outfits.

She began the evening in a long sleeve, short magenta dress with oversized shoulder details and a cutout near her waist. She paired the look with matching Olgana Paris heels, and blonde locks, which she wore pulled back in a long ponytail.

From there, Kylie slipped into a pink sequin strapless unitard with a matching Marzook purse.

Much of the night was documented on social media by the Keeping Up with the Kardashians stars.

First, there was dinner at Los Angeles hotspot Craig’s, followed by a dance party at Delilah’s in a room decorated with pink tinsel, a mural of the KarJenner crew and ceiling of balloons.

Guests were given pink solo cups with “Kylie’s 21st” written on them. A cake came later, topped with a Barbie doll dressed as Kylie in her second birthday outfit.

There was even a ball pit, which Kim and Khloé couldn’t help but jump around in.

Cher And ABBA Are A Pair Made In Pop Heaven

Jason Bateman Breaks Down His Career, From “Arrested Development” to “Ozark”