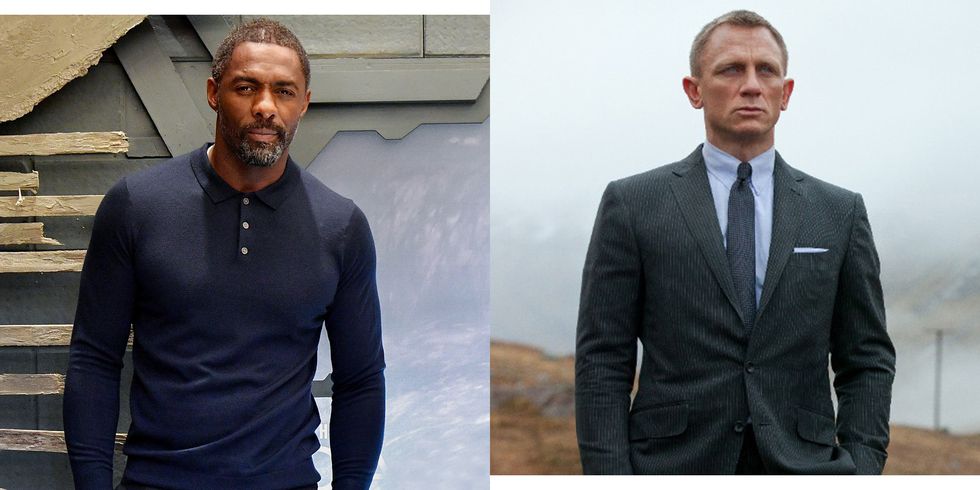 There are a lot of actors who could play 007 once Daniel Craig retires from the role he despises: Tom Hardy, Michael Fassbender (even though he’s Irish), Tom Hiddleston (of Hiddleswift fame), David Oyelowo (who actually voices the character in the audiobooks). Hell, even controversially-mustached human man Henry Cavill thinks he has what it takes.

But there’s only one actor who should be the next James Bond, and that’s Idris Elba.

There’s been some back and forth on the subject of Elba as Bond. It began back in 2014, when emails released during the massive Sony hack revealed that then-studio co-chair Amy Pascal told a colleague, “Idris should be the next Bond.” And for the last few years, Elba has very strictly maintained that he is NOT going to play James Bond. In fact, he thinks the next Bond should be a woman (might we suggest Thandie Newton or Naomie Harris?).

Now, new reports indicate that James Bond producers are starting to lean toward the idea of Elba taking the role. As the Independent reports:

Director Antoine Fuqua revealed the details of a conversation with Bond producer Barbara Broccoli, in which she said “it is time” for a non-white actor to take on the iconic role. Fuqua discussed who might be next in the running with Broccoli, who’s certain the progressive move “will happen eventually”, with Idris Elba a reported frontrunner for the role.

It’s not much, but it’s a good sign that Bond producers are at least leaning in the right direction. (Esquire has reached out to the producers for comment and will post an update if we hear back.) What’s interesting though, is that when it comes to the topic of Bond, Elba’s response is often that no one is really considering him for the role. This certainly changes things.