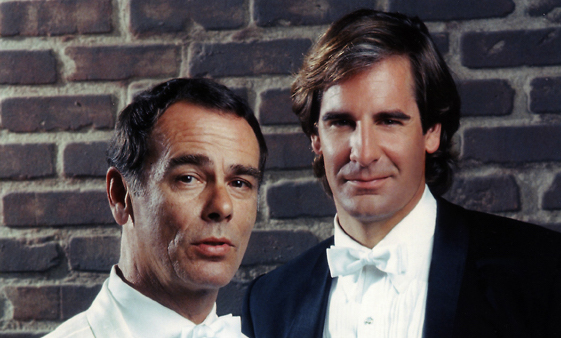 Scott Bakula, who co-starred with the late Dean Stockwell in the beloved sci-fi series Quantum Leap, remembers castmate as a dear friend and mentor in this statement provided to Deadline.

Recalling how the two actors met when Stockwell auditioned for the show in 1988, Bakula says their personal connection was immediate, and the two grew close during the “next five, very intense years.”

Bakula also recalls how Stockwell, a former child actor, was very protective of the young performers who appeared as guest stars on the show. “He was very protective of their rights and safety and always checked in with them to make sure that they were ok,” Bakula writes. “His big hearted response to the kids made all of us take notice and be better guardians ourselves.”

Bakula and Stockwell co-starred in the sci-fi series, created by Donald P. Bellisario, throughout its five-season run on NBC from 1989 to 1993. Bakula played Dr. Sam Beckett, a physicist who involuntarily leaps through space and time while Stockwell played Admiral Al Calavicci, Sam’s hologrammed best friend who guides him through the time-jumping adventures.

I met Dean at his audition for Quantum Leap in 1988. He had agreed to ‘read’ for the Network, I was already cast. We connected immediately and my career and my life were changed that day in Brandon Tartikoff’s office. How lucky were we to get him? A few months later he would be nominated for an Academy Award for his role in Married to the Mob, but he was stuck with us. Serendipity? All I know is, he never tried to get out or complain, he loved the role and the show and the rest was history.

He became a dear friend and a mentor and we grew very close over the next five, very intense years. Dean was such a passionate man…about life, his work, his art (he was an amazing artist!), his family, all kinds of causes, people, music, the planet, cigars, golf, and on and on! Having been a famous child actor, he had a soft spot for every young actor who came on our set. He was very protective of their rights and safety and always checked in with them to make sure that they were ok. His big hearted response to the kids made all of us take notice and be better guardians ourselves.