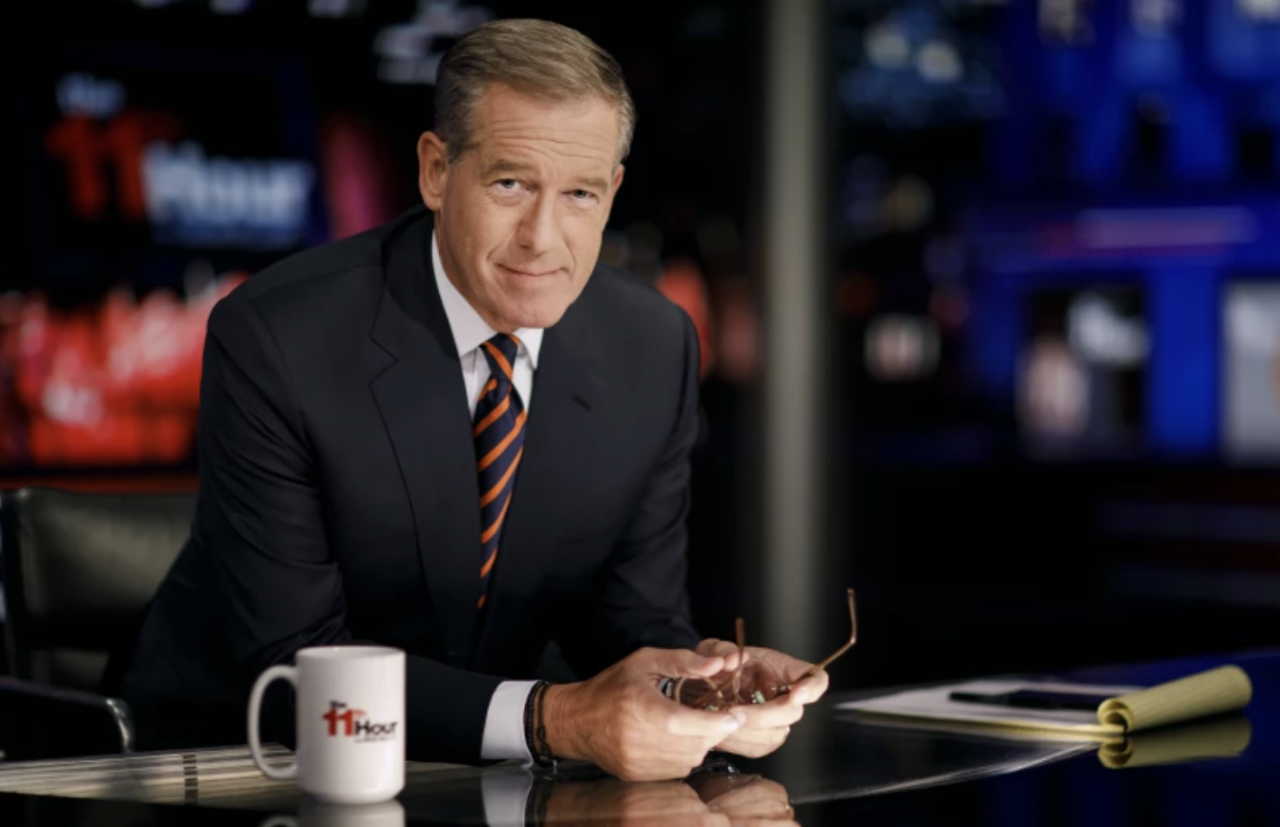 Brian Williams, anchor of the MSNBC nightly program “The 11th Hour,” will not sign a new contract with NBC News and will leave the company after 28 years.

Williams confirmed his planned departure in a statement to The Times.

“Following much reflection, and after 28 years with the company, I have decided to leave NBC upon the completion of my current contract in December,” Williams said. “I have been truly blessed. I have been allowed to spend almost half of my life with one company. NBC is a part of me and always will be.”

“Brian’s time at NBC has been marked by breaking countless major stories, attracting leading journalists and guests to his programs, and most especially, great resiliency,” said MSNBC President Rashida Jones in a statement. “He has built a fiercely loyal following for ‘The 11th Hour’ and we and our viewers will miss his penetrating questions and thoughtful commentary.”

The exit of Williams, 62, means cable news channel MSNBC will have two high-profile stars to replace in 2022, as Rachel Maddow is expected to leave her daily program at some point during the year, although she will remain under contract with NBC News.

Williams’ current deal is up next month. He had a substantial offer to stay at MSNBC but wants to take a break from the grind of a nightly live broadcast. He said he plans to spend the next several months with his family. He does not have another media job lined up.

The well-known news anchor informed his staff and the network of his decision Tuesday evening.

Williams joined MSNBC as breaking news anchor in 2015 following a scandal over misstatements he made about his experiences covering the Iraq war, which cost him the prestigious anchor position at “NBC Nightly News” he held for 10 years.

Williams’ MSNBC program “The 11th Hour” began as a nightly recap to cover the surfeit of political news during the 2016 presidential campaign. It evolved into a permanent fixture in the MSNBC lineup as Williams used his sharp wit and fluid skills as a broadcaster to lead a nightly salon of journalists, historians and pundits to chronicle the wildly unpredictable Trump White House.

“The 11th Hour” provided redemption for Williams, whose stellar TV news career was nearly ended after he falsely told viewers he was in a helicopter hit by enemy fire while covering the U.S. invasion of Iraq for NBC News in 2003. The lapse, which raised questions about the veracity of his other reporting, led to his removal from “NBC Nightly News” in 2015 after having signed a new contract that paid him more than $10 million annually.