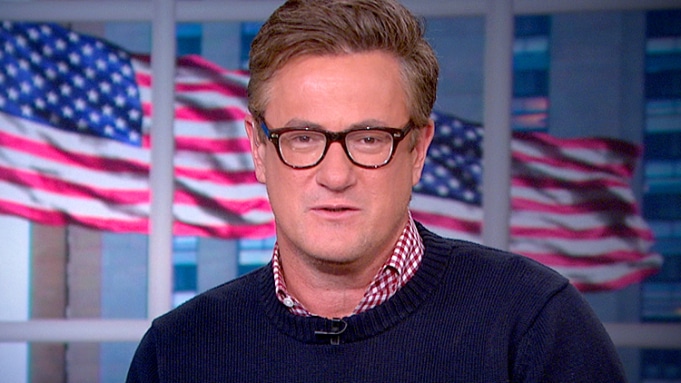 A furious Joe Scarborough on Thursday dropped an f-bomb on live television while talking about the pro-Trump riots at the U.S. Capitol, calling for the arrests of President Trump, Rudy Giuliani and Donald Trump Jr. for insurrection.

The MSNBC host issued a fiery condemnation of the Capitol Police response to the mob while speaking on “Morning Joe,” questioning why the group of predominately white Trump supporters were not forcefully stopped from breaching the complex.

“So I want to know from the Capitol Hill police — what, is it just white people? Or is it Donald Trump supporters? Why do you scream at people for walking across the street three blocks away from the Capitol? Why are you known as these badasses around the Capitol? But then Trump supporters come in and you open the f—— doors for them. You open the doors for them and let them breach the people’s house. What is wrong with you?”

Scarborough then turned to Trump, his eldest son and Giuliani, who held a rally with the same group of supporters just before the crowd stormed the federal building. The host said that their rhetoric contributed to the uprising.