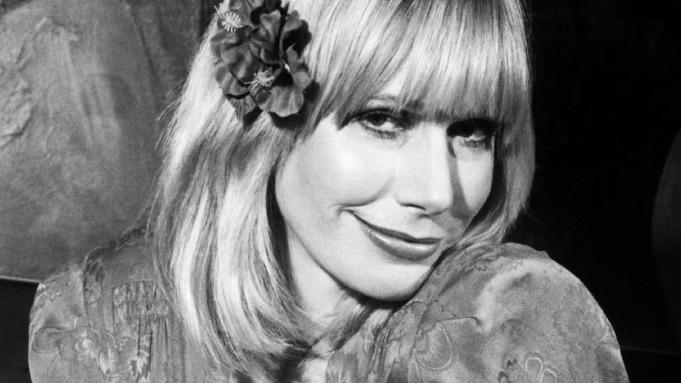 Sally Kellerman, the husky-voiced actress known for her Oscar-nominated portrayal of U.S. Army Maj. Margaret “Hot Lips” Houlihan in Robert Altman’s M*A*S*H, has died. She was 84.

Kellerman, who also sang and had a Grand Funk Railroad tune written for her, died Thursday morning at an assisted care facility in Woodland Hills after a battle with dementia, her son, Jack Krane, told The Hollywood Reporter.

A native Californian, Kellerman had a memorable role in the third Star Trek episode, “Where No Man Has Gone Before,” in which she portrayed Dr. Elizabeth Dehner, a human Starfleet officer aboard the USS Enterprise. When Dehner sacrifices her life, her dying words to Capt. Kirk (William Shatner) are, “I’m sorry … you can’t know what it’s like to … be almost a god.”

And in the comedy Back to School (1986), Kellerman was wonderful as the free-spirited college literature professor Diane Turner, the love interest of Rodney Dangerfield’s obnoxious rags-to-riches businessman, Thornton Melon.

“This is my one brag in life: The director [Alan Metter] said he felt that I helped make Rodney human, believable in a relationship. Because I just had to love him and be sincere about it,” Kellerman said in 2016 on Marc Maron’s WTF podcast. (She played Maron’s eccentric mom on his IFC comedy.)

Kellerman also noted that when fans encountered her in public, they either yelled, “Hey, Hot Lips!,” or recited a classic Dangerfield line from Back to School: “Call me sometime when you got no class.”

Kellerman had appeared in guest-starring stints on many TV shows of the 1960s, including The Outer Limits, 12 O’Clock High, Ben Casey, That Girl and Mannix, when she won the role of the by-the-books Houlihan in M*A*S*H, an adaptation of Richard Hooker’s 1968 novel about Army surgeons saving lives during the Korean War.

One of her more famous scenes in the movie came when she is embarrassingly pranked in the shower. Kellerman had never been nude onscreen, so Altman devised distractions for the shot, she said.

“When I looked up, there was [actor] Gary Burghoff stark naked standing in front of me,” she recalled in 2016. “The next take, [Altman] had Tamara Horrocks — she was the more amply endowed nurse — without her shirt on. … So I attribute my Academy Award nomination to the people who made my mouth hang open.”

Regarding the humiliation her character endured, Kellerman said: “I loved Bob, but he was a real male chauvinist, probably the worst. I’m kidding. Sort of kidding. But I think that [torment] really saved Hot Lips. She grew up after that. She’d been so uptight, so rigid, no sense of humor — and after all that went down, she started having a really good time, a real life.”

In a 2013 interview, Kellerman remembered that when the M*A*S*H crew was watching the dailies, Altman told her, “You’re going to get nominated for an Oscar for this one, Sally.” She wound up losing to the sentimental favorite that year, Helen Hayes of Airport.