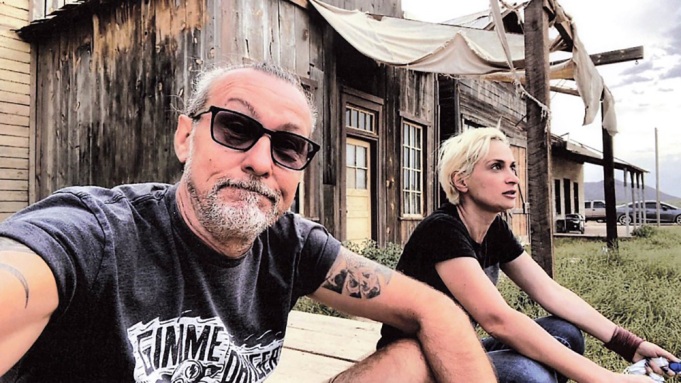 The gaffer on “Rust” felt a whoosh of air and heard the loudest shot he had ever heard on set, and then watched helplessly as his friend Halyna Hutchins faded away in his arms, according to a lawsuit filed on Tuesday.

Serge Svetnoy provided a detailed, first-hand account of the Oct. 21 shooting in a negligence suit against several defendants, including “Rust” star Alec Baldwin, the film’s producers, the armorer and first assistant director. He alleges that he suffered injury when the bullet narrowly missed him, as well as “severe emotional distress.”

The suit is the first to be filed in connection with the tragedy, in which Baldwin fired a Colt .45 containing a live round while setting up for a shot at the Bonanza Creek Ranch near Santa Fe, N.M. Hutchins, the cinematographer, was airlifted to a hospital, where she died. The film’s director, Joel Souza, was also struck in the shoulder.

Svetnoy had previously expressed his outrage at the “negligence and unprofessionalism” that led to Hutchins’ death in a public Facebook post. In the suit, Svetnoy says he was close friends with Hutchins, having worked with her on nine projects since 2017. On the day of the shooting, he was setting up lighting inside a church building while the director, Baldwin and other crew prepared to shoot the scene.

He was standing about six to seven feet from Baldwin when the actor removed the gun from a shoulder holster, and he heard the shot, which he said was so loud that his ears felt muffled afterward. He also felt a “strange and terrifying whoosh” of air from his righthand side, and felt gunpowder spray across his face and etch his glasses.

He then saw Hutchins on the ground, clutching her lower torso. He helped her to the ground, and put his hand on her back, trying to cradle her and keep her calm, according to the suit.

“As he held her, he noticed that the hand placed behind her back was becoming wet with her blood,” the suit states.

The key medic, Cherlyn Schaefer, arrived within minutes, and they rolled Hutchins over to inspect her wound. An entry wound was found near Hutchins’ right armpit. As the medic attended to Hutchins’ injury, Svetnoy tried to talk to her to keep her conscious, but she slowly became unresponsive. Her eyes became unclear and her face turned gray.