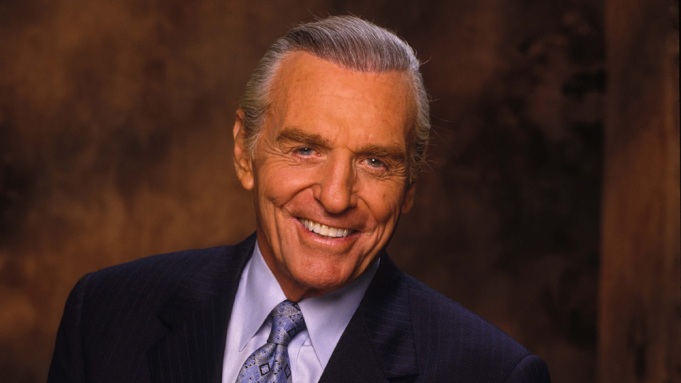 Jerry Douglas, who played patriarch John Abbott on CBS’ The Young and the Restless for more than 30 years, died November 9 after a brief illness, his family announced Wednesday. He was 88.

He joined the cast of The Young and the Restless in March 1982 as John Abbott, patriarch of the Abbott family and wealthy chairman of Jabot Cosmetics. When viewers first met him, he was a single father helping children Jack, Ashley and Traci navigate adulthood.

John Abbott was a mainstay in Genoa City until the character’s death in 2006. He later made appearances as the character’s ghost, who continued to check on and counsel his children. He last appeared in 2016.

“Jerry came to Y&R in 1982 with an impressive resume of credits,” added Morina. “Our show was lucky to have an actor of his caliber join the Y&R cast and introduce the audience to the iconic Abbott family. His contribution to the legacy of Y&R as Abbott family patriarch, John Abbott is still felt to this day. He will be sorely missed.”

Over the span of his decades-long career, Douglas appeared in more than one 100 productions. He appeared in numerous feature films, including Oliver Stone’s JFK, Avalanche, The Godson, Head Over Spurs in Love and Mommie Dearest.

In recent years, he guest-starred in episodes of Cold Case, Melrose Place, The Christmas Wish, Crash and Arrested Development. Earlier in his acting career, he guested on many classic series such as The Rockford Files, Police Story, Hunter, The Streets of San Francisco, Mannix, Barnaby Jones, Police Woman, The Rookies and Mission: Impossible among others. His résumé also included theater and singing engagements across North America. His album The Best Is Yet to Come is available on audio streaming platforms.