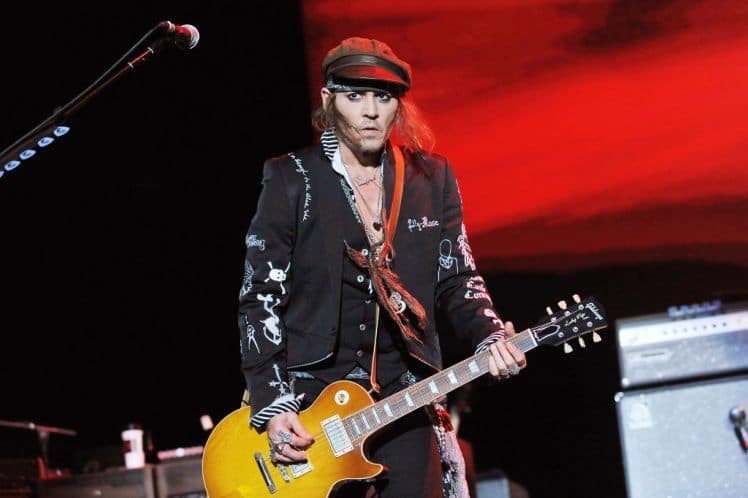 Rolling Stone has published a new profile of Johnny Depp by Stephen Rodrick, and it is damning.

The profile, which focuses on Depp’s financial troubles and his lawsuit against his former business manager, depicts the actor as a fading has-been who can’t quite accept that his star power is on the wane. Depp’s much-vaunted cool becomes pathetic in this story, and the man himself appears as a lonely, deluded figure enamored of his own dull thoughts.

“So are you here to hear the truth?” Depp asks as the profile opens. “It’s full of betrayal.” Then he rolls a joint and drinks some wine.

The profile only briefly discusses the biggest issue currently facing Depp’s public image; namely, the fact that there is convincing evidence on the public record that he beat his ex-wife Amber Heard. (There are pictures of Heard’s bruises and of rooms trashed after one of Depp’s alleged outbursts, videos of Depp screaming at Heard, text messages that document years of abuse, and corroborating testimony from witnesses.)

Heard enters the profile very late, and the story of Depp’s alleged abuse takes up only five paragraphs of the 10,000-word story, ostensibly because Depp is legally prohibited by a nondisclosure agreement from discussing their relationship. It’s a reasonable choice, but it has the slightly disconcerting effect of making it appear that Depp’s biggest problem is that he is broke and suing his old business manager.

But what Rodrick does focus on is in its own way deeply damaging to Depp’s brand. What he suggests is that Depp is trying to pull off a younger man’s persona and that he is no longer cool enough to make it work — that one of Hollywood’s most famous bad boys is now just sad.

Here are the most striking details from the profile, which is well worth reading in full.

Johnny Depp thinks he is funny

Early in the profile, Depp attempts to prove his transgressive bona fides by lauding a racist joke Don Rickles made in the ’70s (to Sugar Ray Robinson: “Sugar, we would ask you to talk, but you know the blacks, your lips lock”), describing it as “ballsy.”