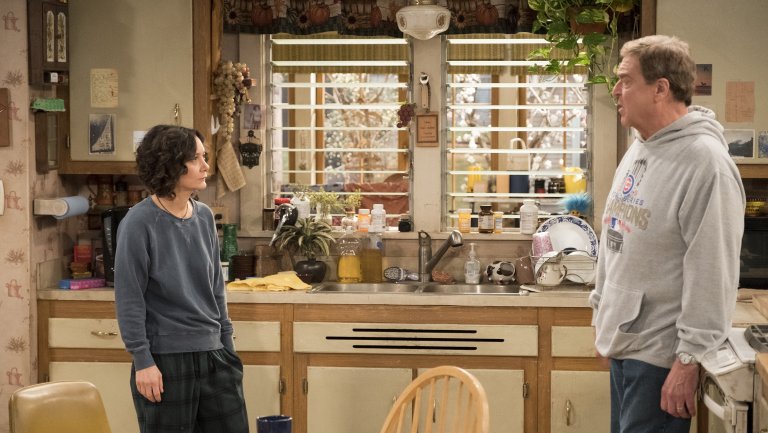 Sara Gilbert and John Goodman in season 10 of ‘Roseanne’

Weeks after its stunning decision to cancel Roseanne, ABC is officially moving forward with a spinoff of TV’s current No. 1 series — without controversial star Roseanne Barr.

Following aggressive talks with exec producer Tom Werner, the Disney-owned broadcaster has handed out a 10-episode, straight-to-series order for Roseanne spinoff The Conners (working title). The new take, which will also be a multicamera comedy and premiere in the fall, will follow the Conner family who, after a sudden turn of events, are forced to face the daily struggles of life in Lanford in a way they never have before.

ABC stressed in its announcement Thursday that former star Barr will have no financial or creative involvement in the new series. Werner and Barr reached an agreement that will allow Werner Entertainment to produce the spinoff for ABC without Barr’s further creative or financial participation. Sources tell The Hollywood Reporter that Barr will retain all rights to her Roseanne Conner character and any future spinoffs beyond The Conners or any future reboots of the original.

“I regret the circumstances that have caused me to be removed from Roseanne. I agreed to the settlement in order that 200 jobs of beloved cast and crew could be saved, and I wish the best for everyone involved,” Barr said in a statement. Added Werner: “We are grateful to have reached this agreement to keep our team working as we continue to explore stories of the Conner family.”

Roseanne stars John Goodman, Laurie Metcalf, Sara Gilbert, Lecy Goranson and Michael Fishman will star in the spinoff. Additional castmembers and a premiere date will be announced at a later date. “We have received a tremendous amount of support from fans of our show, and it’s clear that these characters not only have a place in our hearts, but in the hearts and homes of our audience,” Goodman, Metcalf, Gilbert, Goranson and Fishman said in a joint statement. “We all came back last season because we wanted to tell stories about the challenges facing a working-class family today. We are so happy to have the opportunity to return with the cast and crew to continue to share those stories through love and laughter.”

ABC says the new take will explore issues with parenthood, dating an unexpected pregnancy, financial pressures, aging and in-laws in working-class America. The series will take over Roseanne‘s Tuesdays at 8 p.m. time slot. The Conners hails from the creative team behind what was to be the 11th season of Roseanne, including showrunner Bruce Helford, Gilbert, Dave Caplan, Bruce Rasmussen and Tony Hernandez. The series hails from Werner and Werner Entertainment.

“The Conners’ stories demonstrate that families can always find common ground through conversation, laughter and love. The spinoff will continue to portray contemporary issues that are as relevant today as they were 30 years ago,” ABC said in a statement.